Woo Dohwan, how have you been filming historical drama?Wearing a padded jacket 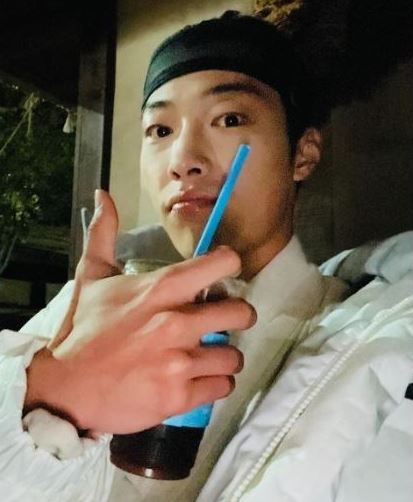 Actor Woo Do-hwan took a picture with a drink while filming a historical drama.

On the 9th, Woo Dohwan posted a picture on his Instagram without saying anything.

The released photo showed Woo Do-hwan wearing a padded jacket and holding a drink believed to be iced coffee on the set.

Netizens said, “Handsome,” “Fighting, ‘Chosun Lawyer,’ “Stay well, eat well, sleep well, and have a wonderful week.” I love you oppa.” “I’m happy to see your expression. Take care of your health without injury and cheer up.” “Waiting for a new drama.” “Woo Do-hwan is cool.” “So handsome.” “A really historical drama.” “It’s good to see you healthy.” “I’m always fighting,” he responded.

Meanwhile, Woo will star in MBC’s new drama ‘Chosun Lawyer.’ “Joseon Lawyer” is a pleasant and warm story in which Kang Han-soo, a self-indulgent lawyer who causes planned lawsuits and uses the hearts of unfair victims, unexpectedly grows into a true righteous lawyer as he is revered as a solver, benefactor, and hero of the people.