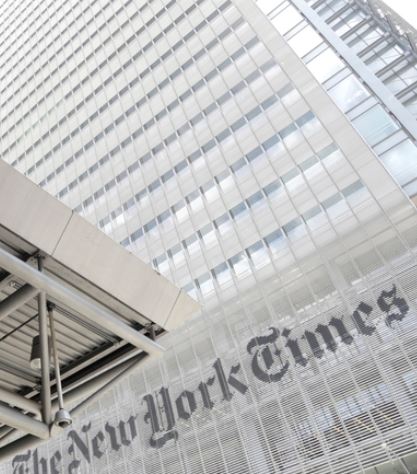 About 1,000 journalists from the New York Times’ labor union will enter into major negotiations to decide whether to go ahead with the strike on the 8th.

According to foreign media such as the New York Post on the 5th, labor and management will negotiate on wage increases, medical insurance, and pensions from 10 a.m. to 5 p.m. on the 6th.

Bill Baker, the union chairman of the NYT, sent a memo to the management on the 2nd and said, “We will strike for 24 hours and stop working if there is no deal for a complete and fair contract by the 8th.” More than 1,100 union members, including journalists, photographers, and management officials, signed it.

However, as it seems unlikely that the negotiations between the two sides will be concluded eight days ago, observers say that the main work of the NYT could be suspended for the first time since 1978.

The management proposed giving additional compensation of $32,103 over the next two and a half years to union members who earn $120,000 a year. In response, the labor union protested, saying that the wage increase under discussion would be an annual average of 2.75 percent, which falls short of inflation costs.

The union also claimed that the NYT’s earnings from its $150 million share purchase in February exceeded the cost of raising wages and benefits. “We’ve been negotiating in good faith with management leading to inferior contracts for the past 20 months,” Baker said. “It’s time to stop. “Now we have to take it seriously that the company has a fair deal,” he said.

However, some people doubt whether employees will choose a full strike. The NYT protested in the newsroom at lunchtime in 2011 over wages and in 2017 over plans to fire editors.