Will Lim Chan-kyu, the “pride of cutting teeth” pitcher, “FA retake” be a blessing in disguise?

In the 2022 KBO League, the LG Twins were considered one of the favorites to win, but failed to win for the first time in 28 years, ranking second in the regular season and third in the final ranking. LG’s biggest weakness was the starting mound, which had been feared as a source of anxiety since the opening of the regular season. 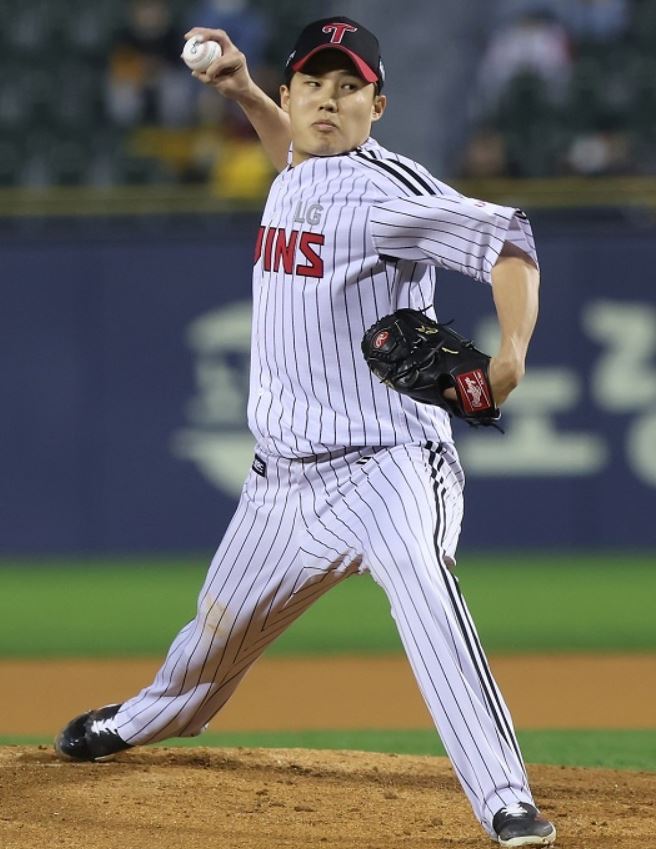 LG’s foreign pitchers Kelly and Flutco won 16 and 15 wins, respectively, and combined for 31 wins, sweeping the top and second place with multiple wins, respectively. Nevertheless, LG’s starting lineup ranked only fourth with a 3.66 ERA and a POPS (on-base percentage + slugging percentage) of 0.680. The quality start of six innings or more and three earned runs or less was only sixth with 59 innings. This is because domestic starting pitchers were sluggish even though they had the league’s strongest foreign pitcher duo.

Lim Chan-kyu, who was selected as LG’s third starter ahead of the opening season, is entering his 12th year as a professional. The prospect that Lim Chan-kyu’s performance will determine LG’s final report card gained momentum. Expectations were high that Lim Chan-kyu, who is scheduled to acquire FA qualification for the first time after the end of the season, would play the so-called “FAoid.”

However, Lim Chan-kyu was sluggish with 6 wins, 11 losses, and a 5.04 PiOPS 0.753 ERA. There were nearly twice as many defeats as wins, and the ERA was in the 5-point range. WHIP, which represents the average on-base per inning, was 1.47, which was close to 1.5, making the pitching unstable. WAR (based on KB Report), which indicates the contribution to victory compared to substitute players, was low at 1.04.

The overall index was not good, so the starting pitcher’s ability to digest innings, an important virtue, was not satisfactory. He started all 23 games, but had only three quality starts. He was excluded from the first team entry for a total of 33 days, including three times on the injured list. In the end, he managed only 103.2 innings, far short of the prescribed 144 innings.

Pitcher Lim Chan-kyu was included in the playoff entry, but his chance to start did not return. This was because he had never started in the postseason in the past and won a victory, and he was also sluggish in the regular season. Lim Chan-kyu took the mound in the bottom of the eighth inning, when LG was 4-6 behind in Game 3 of the playoffs, making it the only mound in baseball last fall. It was a pitch that was difficult to give much meaning to because it had nothing to do with the game. It is interpreted that LG Bench’s expectations for Lim Chan-kyu were not very high.

Analysts say pitcher Lim Chan-kyu’s sluggishness is related to a drop in fast ball speed. The average fastball speed was 143.1km/h in 2021, enabling a head-to-head match using fastballs. However, in 2022, it fell 1.9km/h to 141.2km/h. As the competitiveness of fastballs fell, the dependence on breaking balls such as curves and changeups increased, failing to overwhelm the opposing batters.

After the end of the season, Lim Chan-kyu qualified for the FA but gave up his application. The stove league FA market is clearly polarized, so not only does the size of the contract vary greatly depending on the player’s value, but even non-contractors are emerging. Lim Chan-kyu’s ‘FA retake’ could have been an appropriate judgment. However, if personal performance does not improve this year, it may be said that it would have been better not to retake the FA.

Lim Chan-kyu started as a third starter last year, but is expected to reduce his status in the team as he opened as a fifth starter this year. Attention is focusing on whether Lim Chan-kyu will make a dramatic rebound and take the lead in LG’s first victory in 29 years and reach a “FA jackpot.”