Why Mbappe turned the trophy around and held it. “I don’t do alcohol commercials.” 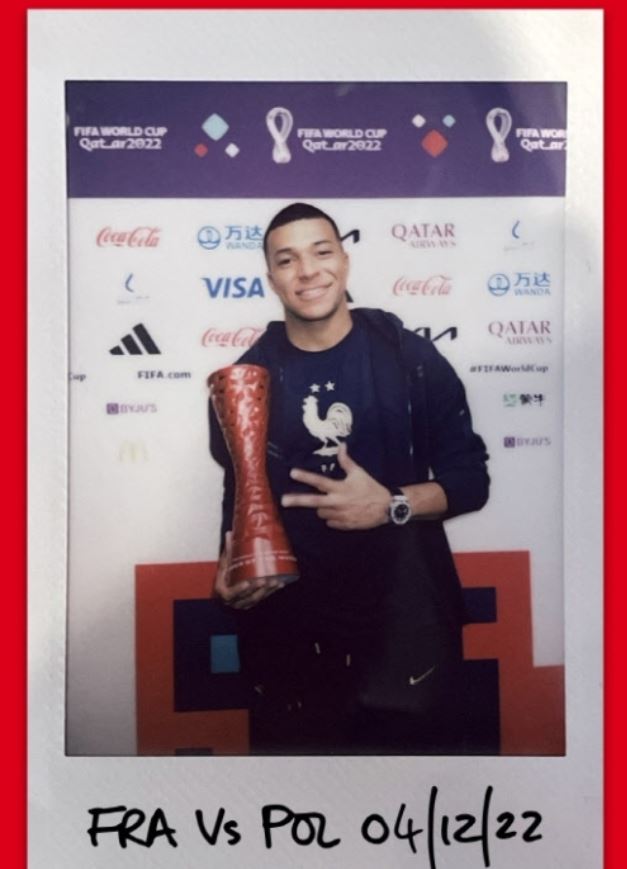 France’s top goaltender Kylian Mbappe (Paris Saint-Germain) is drawing attention by making the sponsor logo invisible after receiving the “Play of the Match” (POTM) trophy in the round of 16 at the 2022 Qatar World Cup.

Mbappe led the team to a 3-1 victory with two goals and one assist in the round of 16 against Poland at Asumama Stadium in Doha, Qatar, on the 5th (Korea Standard Time).

Mbappe, who was selected as a POTM after the game, skillfully turned the direction of the trophy while taking a commemorative photo with the trophy so that the letters with the sponsor logo could not be seen.

The POTM for the best players in the game is sponsored by Budweiser, an American liquor company that is one of the World Cup sponsors.

Earlier, the players who received the trophy took pictures with the trophy and heard the English Budweiser letters engraved at the bottom. Mbappe, however, deliberately turned the trophy back so that the letter was not visible.

“Mbape does not have contracts with alcohol, sports betting and junk food companies to use portrait rights,” French sports media Lequef said. He said, “I don’t want my image to be damaged by promoting alcohol such as Budweiser as a role model for many French children.”

Mbappe reportedly did the same thing after receiving the trophy even after the group stage match against Denmark on the 27th of last month.

Budweiser, which sponsors the World Cup, is known to be suffering huge losses as liquor sales in public places were banned during the tournament.

British media Daily Mail reported that “thousands of Budweiser beer cans are piled up in the warehouse due to the Qatar government’s action.”

Mbappe, meanwhile, did not appear at the official press conference after the match, avoiding contact with the media.

Mbappe appears to have deliberately missed the press conference to avoid questions related to his team Paris Saint-Germain, the Daily Mail said.