What was the reaction between Lim Ji-yeon and Jung Sung-il who hurriedly turned off the cigarette, and Park Sung-hoon, who were in a loving two-shot? 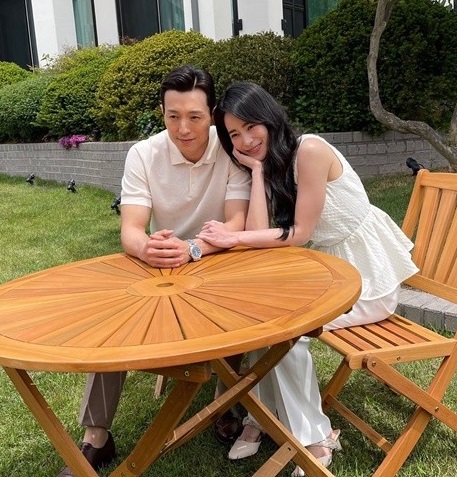 On the 15th, Lim Ji-yeon released a behind-the-scenes cut on the set of the Netflix original series “The Glory” with the message “DOYOUNG and Yeonjin.”

In the play, Lim Ji-yeon played the role of Moon Dong-eun (Song Hye-kyo), school violence (school violence), weathercaster Park Yeon-jin, and Jung Sung-il played Ha Do-young, CEO of Jaepyeong Construction, and worked together as a couple. They have a daughter, Yesol (Oh Ji-yul), but her birth father is Jeon Jae-joon (Park Sung-hoon).

The photo shows two shots of Jung Sung-il and Lim Ji-yeon sitting affectionately in the garden. In particular, the two drew attention by showing off their “true” couple chemistry.

In response, Park Sung-hoon said, “…….” As a response, he left a ‘over-immersion’ comment, drawing laughter.

Netizens also say, “Did you see it? The explosive popularity of the work was realized by reciting the lines of Lim Ji-yeon and Jung Sung-il in “The Glory,” such as “My maternal instinct,” “Yeon-jin also smoked, what do you do first?” and “It looks very expensive during the day and at night.”