Volkswagen, China’s No. 1 sales force after the crash test, has fallen sharply. 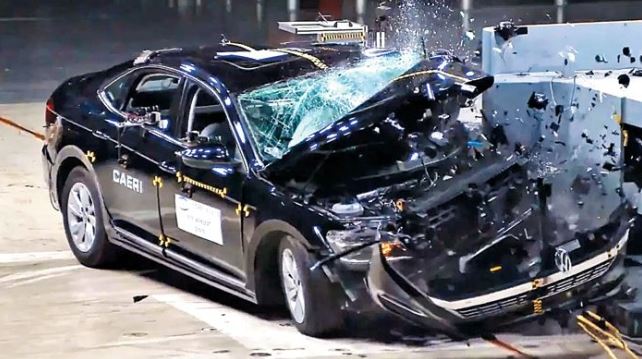 China’s automobile market upheaval
Volkswagen Group, a German automaker, has long dominated the world’s largest automobile market in China. It sold more than 4 million units in China alone every year, holding nearly 20 percent of the market share. However, Volkswagen’s stronghold has been threatened this year. Volkswagen’s market share in China dropped significantly to around 16 percent in the first half of this year. Sales increased last year thanks to the corona base effect, but the growth rate was 7.1 percent, far below China’s overall automobile market growth rate (+24.8 percent).

Analysts say that it is not only because the Chinese automobile market is maturing and does not favor German cars as it used to, but also because the market is reorganizing around electric vehicles. China is the leading country in electric vehicle conversion. Volkswagen introduced a new electric car to China with ambition, but it had little presence as it was pushed back by Tesla or a local electric car company in China. An official from the automobile industry said, “It shows that there is no permanent power in the electric vehicle transition period, where the plate is shaking.”

Profitability plunged as sales fell. According to Alliance Bernstein, a global investment company, the amount of profit per Volkswagen vehicle in the Chinese market fell from 1400 to 1500 euros in 2015 to 1,000 euros (about 1.35 million won) last year and to 800 euros (about 1.07 million won) in the second quarter of this year.

Volkswagen has made electric cars a breakthrough in line with Chinese market trends, but electric cars are accelerating sluggish sales. Volkswagen sold 15,472 cars in China in the first half of this year, less than Tesla’s monthly sales of 28,000 cars in June. In China, convenience of automotive software such as smartphone connection and in-vehicle payment is an important purchasing factor for electric vehicles, and Volkswagen’s first electric vehicle ID.3 is slow to develop technology in this field, as its release itself was delayed due to a software error last year. The Wall Street Journal said, “Making great cars and computer program codes are completely different things. Volkswagen overlooked the fact that software is more important to electric vehicles than hardware.”

Volkswagen plans to increase sales of electric vehicles in China even if they experience trial and error and make their plan “carbon neutral in 50” successful. However, Korea is being shunned by this strategy.

Volkswagen is still focusing on selling internal combustion locomotives without introducing eco-friendly cars in Korea. The sales of Volkswagen cars in the first half of this year were all gasoline (2418 units) or diesel (6334 units). Diesel cars account for 72.4 percent of total sales, which is the highest among major imported car companies. Volkswagen is planning to release its electric SUV model ID.4 in South Korea only next year. Even limited eco-friendly cars such as plug-in hybrid (PHEV) are different from other imported car manufacturers that are introducing them first. “It’s an electric car anti-ventilation period, but it’s obvious that internal combustion engines will coexist for the time being,” a Volkswagen Korea official said. “We will make efforts to improve internal combustion engines more eco-friendly while strongly pushing for the conversion of electric vehicles.” 안전놀이터

However, some in the domestic automobile industry point out that “Diesel models that cannot be stopped due to management conditions are being sold in Korea.” “The Volkswagen Group is investing 35 billion euros (about 47 trillion won) in switching electric vehicles by 2025. However, it will be difficult to fold Cash cow, which Volkswagen has its strengths, at once,” said an official from the imported car industry.