Umji is worried about the fans because of the rain 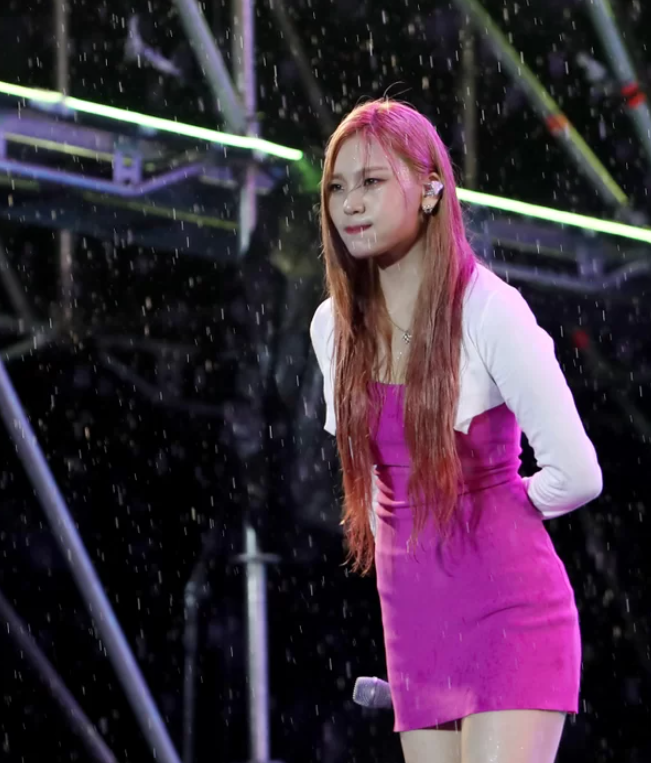 Umji of the group VIVIZ looks at the audience in the pouring rain at the K-POP performance of the 2022 Korean Culture Festival held at Jamsil Sports Complex Auxiliary Stadium in Songpa-gu, Seoul on the afternoon of the 3rd.

She is a member of South Korea’s three-member girl group, VIVIZ.

Formerly a member of the six-member girl group GFRIEND, she was the youngest and sub-vocalist.

She is from Yeonsu-dong, Yeonsu-gu, Incheon, but moved to Songdo-dong when she was young.

Her English name is Mary.

She wanted to open the window because she didn’t know English at all, but she couldn’t speak,

so she cried while pointing at the window, and a native teacher taught her the word “Open the Window” and learned it.

She also learned pop songs at this time, and the song she learned was <Oops!… I Did It Again>…