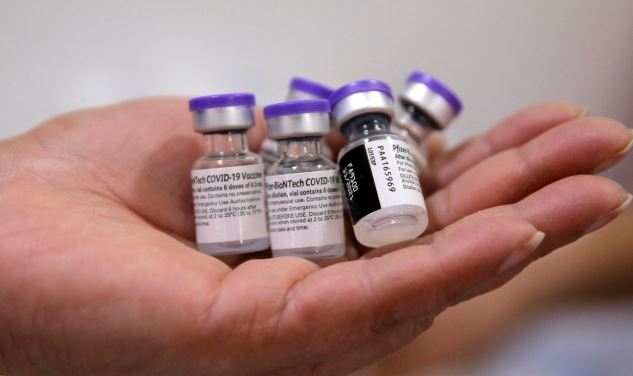 The U.S. will conduct a booster shot (additional vaccination) of the new Covidvirus infection (Covid 19) for vulnerable people.

Reuters quoted a U.S. Food and Drug Administration (FDA) announcement on the 12th (local time) that it would grant booster shots to certain immunodeficiencies. The vaccines used in booster shots are Moderna and Pfizer.

Due to the FDA’s decision, about 2.7 percent of the U.S. adult population is expected to receive booster shots.

Until now, vaccine development pharmaceutical companies have emphasized the need for booster shots. The current FDA-approved vaccine is due to the fact that the effect of preventing Covidvirus lasts for six months, but the antibody effect decreases.

According to the study, the preventive effect of the Pfizer vaccine gradually decreased to 90 percent in four months and 84 percent in six months after the second vaccination. This is a 6 percent decrease every two months.

In the case of Moderna, it said that it maintains a high preventive effect at 93 percent even after six months of vaccination, but it is expected that the antagonist (concentration) of neutralized antibodies will continue to decrease and eventually affect the vaccine effect.

“If you get your third shot six months after vaccination, the weight of the neutral antibody is estimated to rise three to 100 times,” said Michael Dolsten, who leads Pfizer’s research and development. “The preliminary data is very encouraging.

In response, U.S. health authorities revised emergency use permits, allowing additional inoculation to patients with organ transplants or patients diagnosed with diseases that are deemed to have an equivalent level of immune degradation and certain individuals.

The FDA explained that those who have completed the second round of inoculation do not need additional inoculation right now.

However, the CDC said that 1.1 million people who received the Pfizer vaccine with Moderna had completed a third round of vaccinations. It is still unclear whether they received the third vaccination under the direction of experts.

Meanwhile, booster shots have been discussed due to the rapid spread of delta variations in the U.S.

In the U.S., the number of confirmed cases per day rose to 100,000 as the spread of Covidvirus has been steeped in the past two months, and the percentage of delta variations soared from just over 3% to 93%.

As a result, health experts have emphasized that booster shots should be started around the elderly and immune vulnerable.