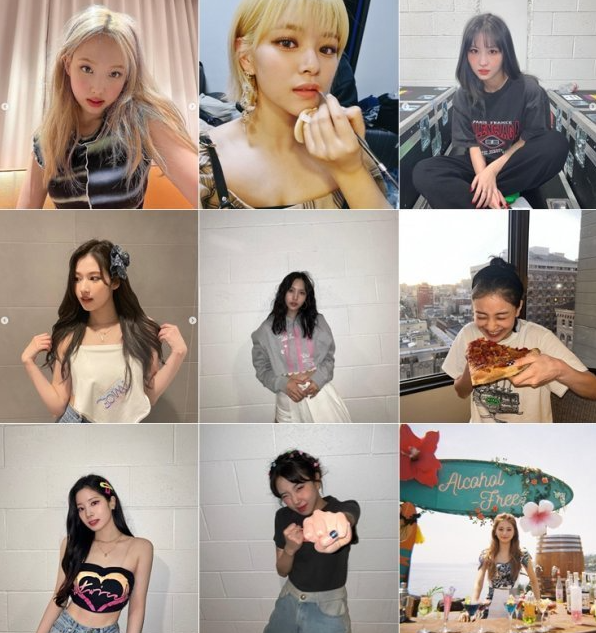 Group TWICE has opened their personal Instagram seven years after their debut.

TWICE has been sharing the group’s official account since its debut in 2015. On the 16th, they announced the opening of their personal Instagram accounts.

The first post was a group photo taken during a rehearsal for a North American concert at Bank of California Stadium in Los Angeles.

The members, who announced a new beginning with the group photo, actively communicated with fans by posting personal photos in their respective spaces.

The performance was designed to respond to the enthusiastic support sent by global fans on the seven-time tour of the Americas, starting with Los Angeles on February 15, 2022 in a total of five cities, including Oakland, Fort Worth, Atlanta and New York. Originally scheduled to be held once on May 14, tickets were sold out quickly, adding a performance on the 15th, which also sold out at a high speed as soon as the reservation began. TWICE, which sold out nine performances in five U.S. cities, including two encore concerts, attracted about 150,000 viewers in the U.S. alone, boasting a strong audience mobilization.