There’s only one Porsche Cayenne convertible in the world 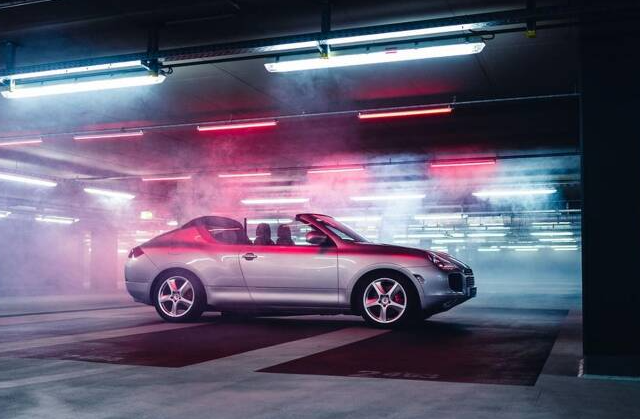 You might be surprised to hear that SUVs have convertibles, but they actually existed.

Perhaps many people remember the Range Rover Yvork Convertible, but Nissan also made the Murano Convertible.

By the way, do you know that Porsche was trying to make a Cayenne convertible?

There may still be countless cars in Porsche’s warehouse that have fallen asleep without seeing the light of the world.

This time, it is the story of “Kaien Convertible,” which contained Porsche’s dream.

Porsche refused to make the SUV the same when making the Cayenne.

It is a Porsche that used its own engine and added its own body setting when it was co-developed with Volkswagen under the name of “Project Colorado.”

And Porsche was envisioning three variants immediately after the release of Cayenne.

The first is the coupe, the second is the version that added the audience after increasing the body of Cayenne by 20cm, and the last is the convertible version that is introduced this time.

The Cayenne convertible was not discarded on the spot, but was actually produced.

What we’re introducing on this page is a package functional model, called PFM for short.

The exhibition can be held only when the body of the car is actually seen, so it was made by roughly improving the existing Kaien.

So the roof was changed to fabric, but it is impossible to drive safely because the body is not reinforced. So a separate truck was mobilized when traveling long distances.

Cayenne Convertible reminds me of Cayenne Coupe at first glance.

Of course, the Kaien Coupé came to reality quite a while later, but the Kaien Coupé, which only has a first-row door, which is 20cm longer than before, also gives a different feeling.

What’s unique is that the back is divided into two, because there were disagreements about the design until this time.

This was made to evaluate the left and right alternately to find out which side is the back that suits the Cayenne Coupe.

How does the roof of the Cayenne convertible fold? Surprisingly, the Porsche 911 Targa, which is currently on sale, is similar in how it works.

Cayenne Convertible has a rollover bar behind the second row for passenger safety in case of rollover.

The cloth roof moves to the back of the rollover bar, when some of the structures behind it open and swallow the loop.

And the structure returns to its place and makes an attractive form of background natural.

Unfortunately, the Cayenne convertible did not lead to mass-production.

If mass production had started, the problem of body stiffness would have been solved.

However, doubts remained about the lack of profitability and whether it would look as attractive as Porsche’s other models, leaving it straight to the warehouse.

As a convertible, SUVs were close to a challenge both aesthetically and formally.

It would look strange if you combine a large, heavy body with a half of the top that is made small and cut off the roof.