The nightmare… Dele Alli, who was replaced in the 28th minute, couldn’t even play this time 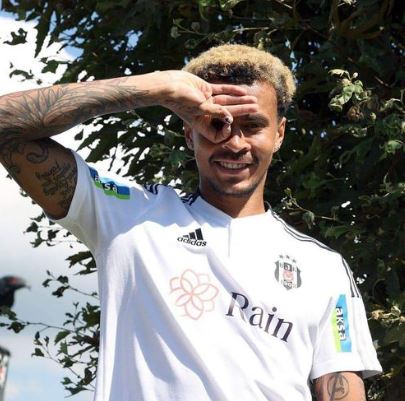 British media ‘Mirror’ reported on the 25th, “The England national team and former Tottenham Hotspur midfielder Dele Alli is having the worst time of his career in Beikta City.”

Alli was once a top talent compared to English legends like Steven Gerrard, Frank Lampard and Paul Scholes. He was such an outstanding gem that even the world’s best clubs like Real Madrid wanted to recruit Alli.

But as time went by, Alli fell sharply. In the end, he moved to Everton after failing to get a chance at Tottenham. The situation did not change easily. Alli, who also had no chance at Everton, moved his team to Besikta City in Turkiye. It was a desperate move to revive.

And yet Alli is still frustrated. Recently, Alli stepped down to the bench 28 minutes after Besiktashi was dragged to the third division team. Angry home fans even booed sluggish Alli. And in the recent match against Gaziantep, he couldn’t even play the game, keeping only the bench.

Dele Alli is having a hard time. He recently delivered a photo of him holding a soccer ball on his SNS, saying, “You saved my life. So I will always love you.” This is a post that shows that Dele Alli is going through a lot of trials.

Can Dele Alli get out of this crisis? It seems to take a considerable amount of effort to do so. Attention is focusing on whether Alli, who has now become an ordinary player from his special talent, will be able to show his old self again.