The impact of air pollution on our health. 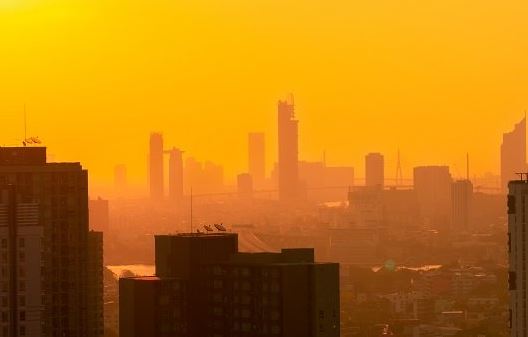 On February 19, 2021, the UN announced a UN Environmental Protection Project under the name Making Peace With Nature. “Human beings have been exploiting nature excessively,” U.N. Secretary-General Antonio Guterres said, “the atmosphere and the sea have become garbage dump sites, and governments are paying more to destroy nature than to protect it.”

The Secretary-General also stressed the importance of environmental protection, saying, “The welfare of mankind as a whole is to protect the planet,” and “only emergency measures involving not only governments but also general families can overcome this serious environmental crisis.”

According to a study published by the World Health Organization (WHO) in Geneva, Switzerland in February 1996, smog from air pollution has killed 350 people a year in Paris, France. The WHO added that living in an air-contaminated city is 10 to 100 times more dangerous than being inside a nuclear power plant.

Air pollution, which causes cancer and various lung diseases and weakens men’s sexual functions, is the fourth highest cause of death in the world. According to the State of Global Air Report 2020, air pollution increased childbirth and premature birth, killing nearly 500,000 newborns worldwide in 2019, with about 6.7 million people suffering from chronic lung diseases such as stroke, heart attack, diabetes and lung cancer.

Currently, in China, which emits the world’s largest number of greenhouse gases and fine dust, human casualties from air pollution are increasing every year. According to The Lance, an American medical journal, the number of people who died from air pollution in China reached 1.27 million in 2017 alone. Also, the number of people killed by air pollution in China has exceeded 30 million since 2000, according to the magazine “New Scientist.” Even, China is leading the world in mercury emissions, which are deadly to the human body due to constant industrialization.

U.S. research and consulting firm Rhodium Group announced that China’s greenhouse gas emissions have exceeded the total amount of developed countries’ emissions since two years ago. According to the announcement, China’s carbon emissions account for 27 percent of the world’s total, more than a quarter.

According to the International Energy Agency (IEA), China has been the world’s largest annual greenhouse singer emitter since 2006 and its figure has been increasing every year. According to the report, China’s carbon dioxide-related emissions increased by 80 percent between 2005 and 2019. On the other hand, U.S. energy-related emissions fell by more than 15 percent over the same period.

Air pollution caused by ultrafine dust, which comes with burning fossil fuels, is also threatening human health. Joel Schwarz, professor of public health at Harvard University, said, “The effects of ultrafine dust emitted with greenhouse gases should not be neglected.”

In a paper published in the 2017 medical journal “The Lance” by an international joint research team, including the Boston Institute for Health and Impact, the number of early deaths from air pollution was 7.6% (4.2 million) of the world’s total deaths.

In Korea, the death rate of fine dust was 30.5%, the fourth highest in the world, meaning that three out of 10 Korean deaths die early from ultrafine dust. According to the report, 4,000 to 5,000 people die of ultrafine dust annually in the Seoul metropolitan area alone.