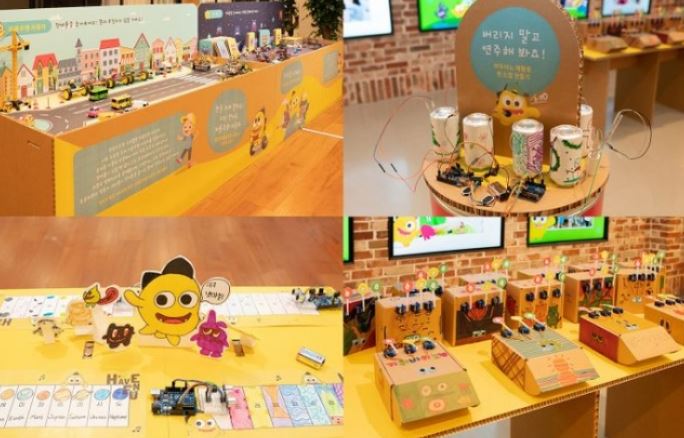 At the end of the year, warm hands continue in the game industry. It is actively engaged in social contribution activities for children and adolescents, such as delivering funds for children or providing children with opportunities for coding education.

As a result, Nexon has donated a total of 2.5 billion won since the opening of Nexon Children’s Rehabilitation Hospital in 2016. In addition to donations for rehabilitation treatment support for patients and stable hospital operation, it has since sponsored various projects such as “Early Arbitration Treatment Program for Infants in High-Risk Groups with Developmental Delays and Disabilities” and “Education and Psychotherapy Support Project for Disabled Children.”

Prior to this, the “3rd WEEK” donation event was held at Nexon’s office building. WEEK is a fund-raising in-house donation event in which Nexon Korea employees participate.

Employees can easily participate in donations by selecting their own donations at the donation booth at Nexon’s office building and tagging their employee ID. The company doubles the amount of money that is equal to the total amount raised by the employees.

The third WEEK donation will be delivered to the Korea Leukemia Pediatric Cancer Association (Chairman Lee Joong-myung). The Korea leukemia Pediatric Cancer Association is an institution that provides treatment support for children and families with childhood cancer and comprehensive support for health, welfare, education, and self-reliance after treatment, and the fund will be used to support surgery costs for children who need long-term chemotherapy.

NCsoft held an IT education social contribution activity “NC Court Play” for two days from the 19th to the 20th for 40 elementary school students in Seongnam. The students enjoyed various events, including a gift delivery ceremony.

Netmarble will hold the “2022 Netmarble Window Project Exhibition” at its headquarters G Tower until the 30th. The Window Project is a social contribution activity in which Netmarble executives and employees and the Netmarble Cultural Foundation provide creative culture and arts education that combines coding and culture for children at local children’s centers in Guro-gu, and exhibits works produced by participating children.

Netmarble has been providing such education to 500 children at the Guro-gu Regional Children’s Center for four years since 2019. Through this, it provides opportunities to resolve cultural polarization and foster positive emotions of children from the underprivileged.

\Com2us held a social contribution event in its game “Summoners War: Chronicle (hereinafter referred to as Chronicle) The campaign, which was organized to commemorate the 100th day of Chronicle’s domestic service, was held in the form of a mission event where users can enjoy sharing only with play, and the joint mission was achieved early with the active participation of users. The donation will be used as Save the Children’s low-income home heating supply support project fund.

Smilegate launched a user-participating donation campaign with game company JoyCity for the first time. Smilegate conducts a campaign of Joy City games on its donation platform SmileGive, and JoyCity prepares and delivers contributions on its own when it achieves the in-game donation event mission in each game during the campaign. The donation is used to provide free basketball classes for vulnerable children and teenagers in Korea.