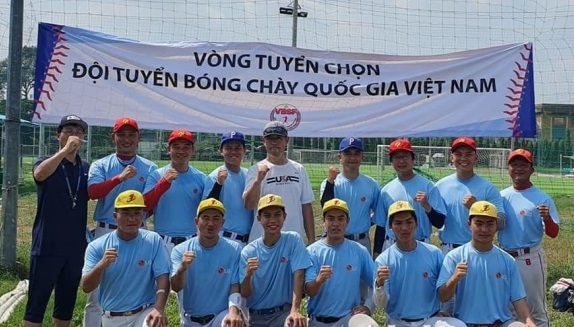 Due to budget problems, they cannot gather in one place to compete for the national team, so Lee Jang-hyung and head coach Park Hyo-chul will move directly to Ho Chi Minh, Hanoi and Da Nang to select players. On the 14th, I visited Ho Chi Minh City for my first schedule.

Lee Jang-hyung, head of the team, said, “12 standing army players and coach Jung, who was nominated as the official coach of the Vietnamese national baseball team, welcomed us.” I think it will be difficult to use a cool expression other than a rather boring expression such as “dignity, tension” for the atmosphere at this moment. It’s because these two words contain all the feelings,” he said, conveying the local atmosphere.

The tryout was conducted by explaining the rules and selection methods to the players in detail one by detail. In particular, coach Park Hyo-chul wrote the evaluation table, clarifying his intention, “It is important to grasp the current level of Vietnamese baseball players, but we will also reflect in detail the evaluation to find their development potential and potential.”

The 60-yard run, which began as the first evaluation, was started to find out the agility to make even one more point. And the evaluation was conducted in detail with base play, catch ball, and Pengo defense. Meanwhile, Park explained the meaning of each basic skill and baseball skill to the players and conducted the process and evaluation at the same time. Leader Lee Jang-hyung said, “Why should I do this?The questions were enough to remind and understand the meaning of baseball technology movements, giving players the opportunity to learn skills more effectively, while also giving them directions on how to practice baseball in the future.He added.

In particular, head coach Park Hyo-chul showed his passion to teach Vietnamese players at least one more lesson, who lack basic skills while their faces are covered with sweat. The local atmosphere was that it was more like an education for Vietnamese players than a tryout.

The Ho Chi Minh tryout ended by explaining the importance of bunt to Vietnamese players who are still lacking in offensive power and explaining and evaluating the basic skills to make accurate hits. However, general manager Lee Jang-hyung said, “It hurts to think about the players who will not be given a chance this time, looking at the faces of the players who are looking forward to joining the Vietnamese national team. It’s a pity that they can’t all give them a chance to crave it like that. This time, which was as full of passion as the scorching heat of 32 degrees, will be recorded on a page in Vietnamese baseball history after a lot of time,” he said, expressing his thoughts on the tryout 토토사이트 추천

Lee Jang-hyung and Park Hyo-chul, who finished their tryout in Ho Chi Minh, are scheduled to hold a second tryout in Hanoi on the 15th. The news will also be delivered in this paper.