The fast-moving Volvo in the age of electric shoes.Small EX30 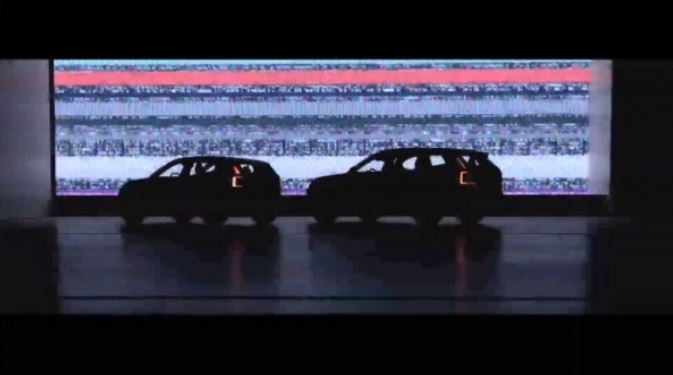 Volvo Motors unveiled its next-generation large electric SUV in Stockholm, Sweden, last month. By planting numerous sensors throughout the vehicle, safety is not only a top priority, but also a high-capacity battery with 111kWh capacity and two electric motors are applied. With a maximum power of 517 horsepower and a maximum torque of 92.8kg.m, it can travel up to 600km on a full charge once.

A small SUV silhouette was captured next to EX90, the main character. It is a small electric crossover that Volvo is preparing to release next year. It’s shorter and more compact than EX90. It looks smaller than Volvo’s compact SUV XC40, which is on sale in Korea.

The shape of the tail lamp is similar to that of EX90. It extends from top to bottom and in a ”’ shape. There is a difference in detail. Unlike the EX90’s vertical lamp with LED embedded like a dot, the next-generation compact SUV has vertical LEDs extending to surface light. Although the front part is not identified, it is highly likely that a headlamp shaped like a hammer of Thor will be applied as it is, just like the EX90. If you follow the latest family look, the shape of daytime driving lights is expected to change.

The overall lateral and rear propulsion is not much different from existing Volvo vehicles. The square and angular body were trimmed into a streamlined shape. Place the door handle in a buried form. As aerodynamics is important in electric vehicles, it seems to be a choice to control the wind.

Like the recently released EX90, the interior adopts Volvo’s unique minimalist design. It incorporates most of the features into a huge vertical center display. In addition, a horizontally long digital instrument panel minimizes interference with the front view.

Volvo’s next-generation small electric SUV will be manufactured based on Geely Motors’ electric vehicle platform SEA. Like most electric vehicle platforms, it has a skateboard form. It is characterized by reducing the weight and increasing the rigidity by increasing the proportion of aluminum. The platform can be commonly used in various segments such as sedans, SUVs, and vans. Up to three electric motors can be installed.

The new small electric SUV aims to secure 440 kilometers of fully charged glass once based on WLTP. It is expected to be released in the second half of next year. Although the exact name is not known, the industry is putting weight on the fact that EX30 will be named as it is expected to be smaller than the previous XC40.