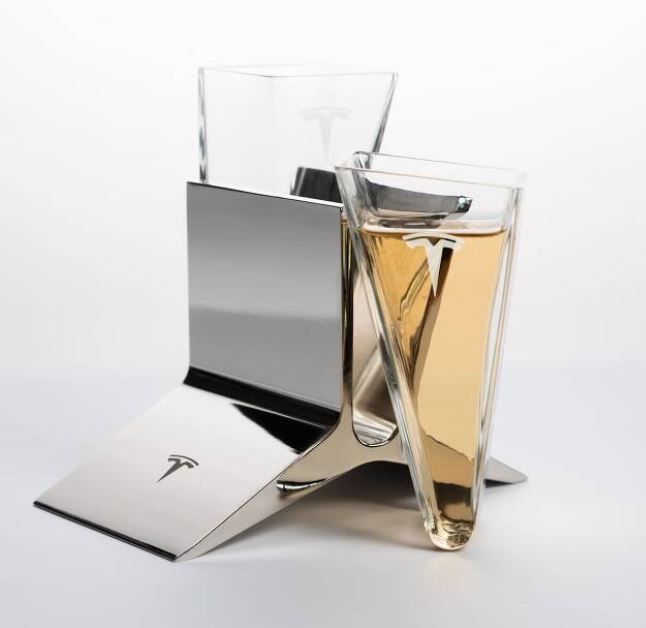 According to foreign media such as Cascoups, Tesla released the tequila glass set online and the price was set at $75 (KRW 100,000) for two.

Foreign media analyzed that “Tesla, which has millions of loyal followers around the world, can release virtually any product, and we know that the product is likely to be sold out immediately,” which is why products that are not related to electric vehicles continue to appear.

The product is inspired by Tesla’s lightning shape, and the alphabet “T” appears to be stuck in a small metal stand in the form of an upside-down shape, and added, “Enjoy your favorite alcohol with a limited edition Tesla Shipping Glass set.”

“Each glass inspired by Tesla Tequila’s unique silhouette has a Tesla logo on its angled outlines and proudly displays glass products on custom-made metal stands,” it was guided.

On the sales site, the phrase “out of stock” is currently displayed, along with “scheduled to be restocked,” and other products such as Tesla blankets, Giga Texas belt buckles, cyber truck-inspired whistles, and $70 wireless phone chargers are also being guided.