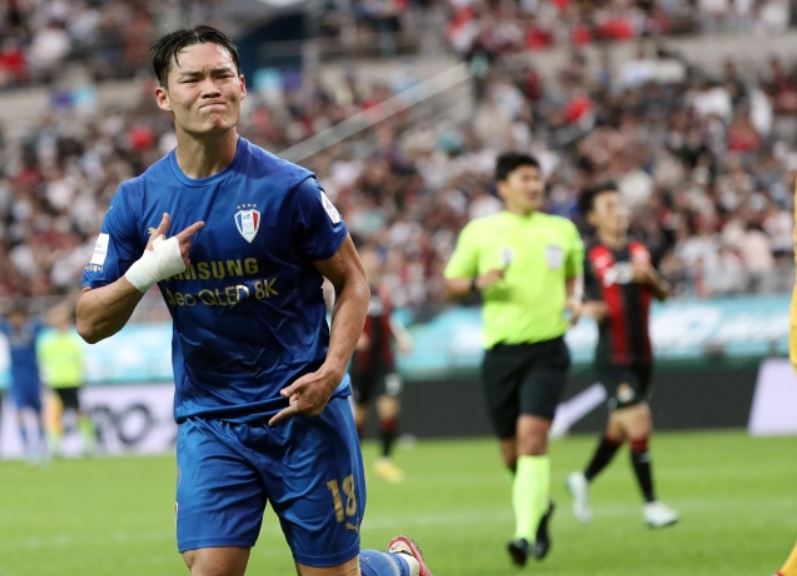 An official familiar with the European transfer market said on the 30th, “Celtic has offered Suwon a full recruitment to bring Oh Hyun-kyu.” “I recently sent an official offer letter, and I know that the transfer fee offered is 2 million euros,” he said.

Scottish media recently poured out reports that “Celtic is targeting K League 1 Jeonbuk Hyundai striker Cho Kyu-sung.” However, Celtic seem to be more interested in Oh Hyun-kyu. Celtic’s 2 million euros in transfer fees offered to Suwon is a large amount of 2.695 billion won in Korean money. A Suwon official said, “We received a transfer offer. “It is difficult to tell you the specific conditions,” he said.

Oh Hyun-kyu participated in the Qatar World Cup as the 27th member of Bento’s team. Although not included in the 26 final entries, Paulo Bento, head coach of the South Korean national team, accompanied Oh Hyun-kyu, a “preliminary member,” considering Son Heung-min (Tottenham), who is recovering. Oh Hyun-kyu actively helped his seniors train and learned himself. Captain Son Heung-min (Tottenham) expressed his gratitude, saying he played an important role in Oh Hyun-kyu on his way back home.

Oh Hyun-kyu was born in 2001, but he is a reserve player who has completed his military service. After signing a semi-professional contract with Suwon in 2019, he signed a professional contract with Suwon the following year. In that year, he joined the military team, Gimcheon Sangmu, and played two seasons and completed his national defense obligations. He played 36 games in the K League 1 in the 2022 season and scored 13 goals (3 assists), the most in the team.

In particular, he scored a dramatic header winning goal in the 15th minute of extra time when he faced FC Anyang 1-1 in the second leg of the promotion playoff (PO). I saved a team that was on the verge of relegation to the second division. Bento, who paid attention to his explosive scoring ability and reckless movement, picked Oh Hyun-kyu to play in a friendly match against Iceland last month. Oh Hyun-kyu, who played only one A match, was taken as a reserve player for the World Cup.

Founded in 1887 and boasts a 135-year history, Celtic are a prestigious club that has won 52 Scottish league titles. He has won the Scottish Cup 40 times and won the Scottish League Cup 20 times. He won the European Cup, the predecessor of the Union of European Football Associations (UEFA) Champions League, in the 1966–67 season, and finished second in the UEFA Cup in the 2002–03 season. Club legends include Henrik Larsson and Kenny Dalglish. Korean players Ki Sung-yueng and Cha Du-ri played from 2010 to 2012. Ki Sung-yueng moved to Swansea City in the English Premier League based on his performance at Celtic.

Celtic head coach Enzi Postekoglu is a former Australian international coach. From 2018 to last year, he was the manager of Yokohama Marinos in the J-League. There are currently four Japanese players in Celtic. Furuhashi Kyogo is the front-line striker and Maeda Daizen, who played for Japan in the Qatar World Cup, will play as a wing. If Oh Hyun-kyu heads to Celtic, he is expected to compete with Furuhashi.

Attention is focusing on what decision Suwon, which received the official offer, will make.