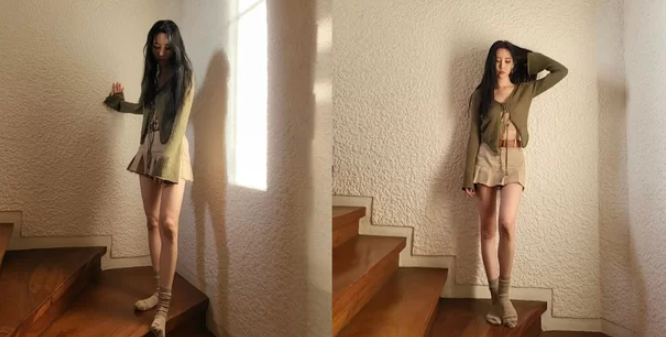 Singer Sunmi emphasized her legs with a miniskirt.

Sun mi posted several photos on her SNS on the 21st.

In the released photo, Sun mi poses in a colored top and bottom that has an autumn atmosphere.

In particular, Sun mi’s long legs under the short miniskirt are catching the eye.

In addition, the 11-shaped abs seen between the crop tee along with the still beauty drew admiration.

Sun mi usually communicates with fans by revealing her updates on her SNS.

She was a member of South Korean singer and girl group Wonder Girls, and was a sub-vocalist at the time. He is active as a solo artist.

In January 2010, when they announced the suspension of Wonder Girls activities, many thought they left Wonder Girls because they had a considerably long hiatus and had two solo activities.

However, Sun mi’s schedule continued to be updated on Wonder Girls’ official fan cafe during this period, and Sunmi herself also frequently wrote on the fan cafe and communicated with fans, and her name was included in the 2 Different Tears, Be My Baby, and Like this fan chant.