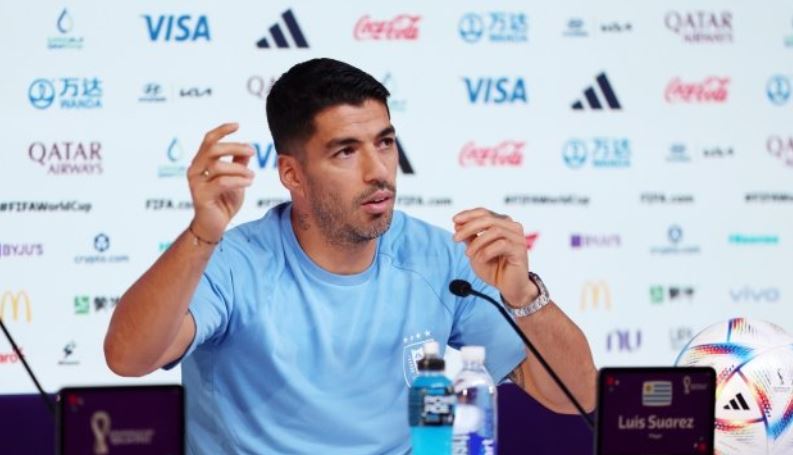 Uruguay national soccer team striker Luis Suarez (Nacional) said he would not apologize for his handball foul in the World Cup match against Ghana 12 years ago.

Suarez joined Diego Alonso at an official press conference ahead of the third Group H match against Ghana at the 2022 FIFA Qatar World Cup.

Suarez is an unforgettable target for Ghanaian football fans. In the quarterfinals of the 2010 World Cup in South Africa, Ghana was eliminated due to Suarez’s ‘Hand of God’ incident.

At that time, Ghana and Uruguay entered the extra time with a 1-1 tie, and at the end of the extra time, a header attempted by Ghana’s Dominican Adia headed into the goal. If this goal was scored, Ghana was likely to advance to the semifinals, but Suarez intentionally blocked the ball with his hands.

Suarez was sent off immediately after conceding a penalty for this handball foul. However, Asamoa Gian, a Ghanaian kicker, missed the penalty kick and Uruguay eventually advanced to the semifinals with a 4-2 lead in the penalty shootout.

Asked if he would like to apologize for the incident 12 years ago, Suarez said, “I won’t apologize. I got a red card at the time. It’s not my fault that Ghana missed a penalty kick. “If I had injured a Ghanaian player, I would have to apologize,” he said.

“I’ve never heard (Gana fans will revenge on me) before. You don’t know if you want real revenge. “We beat Portugal in the 2018 FIFA World Cup Russia (round of 16), have you ever heard the Portuguese say they will revenge on Uruguay?”

Suarez also said, “It’s time to forget the past. How long will we talk about the past and revenge? It’s not productive,” he said proudly.

However, both team coaches were wary of paying attention to the incident. Uruguay coach Diego Alonso said, “This is an important match that will determine the advancement to the round of 16. This fact is important to us. I’m not sure Ghana wants revenge. “We respect Ghana and will do our best to get to the round of 16,” he said.

Ghana coach Otto Ado also said, “What happened in 2010 is very sad,” but added, “But the result does not change. “It’s always important how you look at the past,” he said.