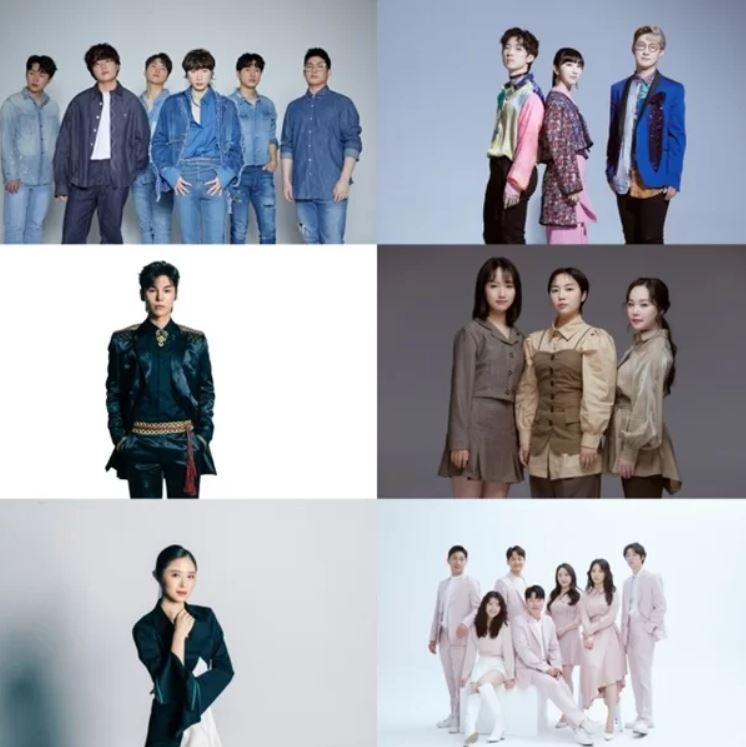 Sounders from JTBC’s “Fungryu Captain” are expected to be active in 2023’s Year of the Year of the Royal Tomb.

Singers from “Funryu Captain – The War of Hip Sounders” (hereinafter referred to as “Funryu Captain”) have met fans across the country, ranging from national tours to broadcasting and performances after the 2021 contest.

At 4 p.m. on the 10th of last month, Band Ux held a year-end performance of the National Intangible Heritage Center of the Cultural Heritage Administration at the Eolsumaru Grand Concert Hall. The performance was a stage to pray for the continuous development of Yusanwon, which is set to celebrate the 10th anniversary of its opening in 2023.

Pungmul Band Lee Sang released the 2022 FIFA Qatar World Cup’s cheering song, “Heunghara Korea,” in November, heating up the heat of the World Cup. In addition, on December 31, 2022, the last day of the year, the singer Kim Joo-ri and Lee Sang-band participated in the bell ringing event for the first time in three years to add meaning.

Even at the beginning of the new year, the energy of the “Fungryu Captain” singers continues. Starting with the recording of KBS2’s “Open Concert” on the 3rd, the Seodo Band, the first winner of “Fungryu Captain,” will record CJ ENM OTT Tving’s “Webtoon Singer” on the 6th of the same week.

An official from the agency AttirectM said, “We are deeply moved to wrap up 2022 with meaningful activities such as the release of the World Cup cheering album and the bell-ringing event on the eve,” adding, “We will do our best to support the singers in 2023 for fans who have supported us for a long time since the airing of ‘Fungryu Captain’.”