Ryu Hyun-jin and Kim Kwang-hyun, who finished successfully in July, will continue their momentum in August? 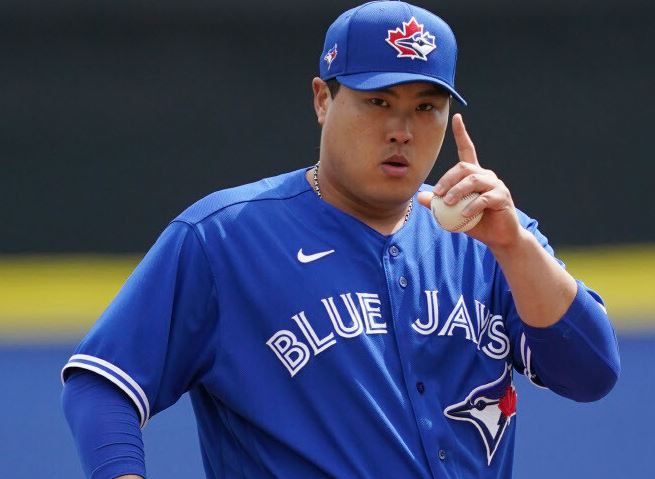 Ryu Hyun-jin will start the home game against the Cleveland Indians at the Rogers Center in Toronto, Ontario, Canada on the 4th (Korea time).

Ryu Hyun-jin, who moved to Toronto ahead of the 2020 season, is making his official home stadium debut.

The Blue Jays have not been able to use the Rogers Center as their home stadium since Canada blocked the border due to the spread of the new coronavirus infection (Corona 19).

This is a great opportunity to impress the ace in front of home fans.

Ryu had three wins and one loss in five games in July and a 2.73 ERA.

As he also achieved 10 wins (5 losses, 3.26 ERA) in the season early, he is expected to receive enthusiastic hospitality from home fans in the starting lineup on the 4th.

If the powerful pitching in response to it is supported, it is icing on the cake.

Kim Kwang-hyun, who made July his own time with the best results, will also make his first appearance in August.

Originally, he was scheduled to start against the Atlanta Braves on the 4th, but due to the team’s change in mound operation, he will play against the Kansas City Royals on the 7th.

Kim Kwang-hyun pitched back in July with four wins and one loss in five games and an ERA of 2.28.

He was able to aim for the pitcher’s award of the month, but unfortunately, he failed to win the award by allowing five runs in 2.2 innings against Cleveland on the 29th, which was his last appearance in July.

As the team has been given plenty of time to recharge on the 8th, it is expected that Kim Kwang-hyun will play again against Kansas City on the 7th.