Request a public statement from A a victim of the first trial of a boatman admitted to a hidden camera. 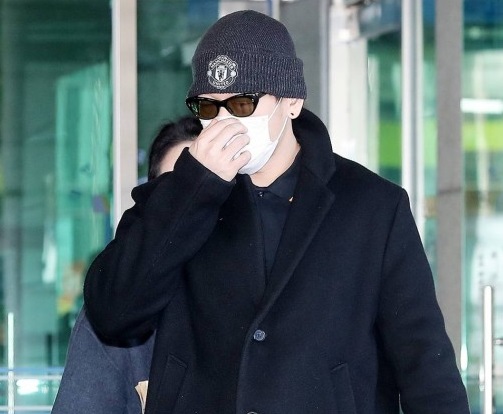 Rapper boatman (Kim Jin-woo, 36) had his first trial after turning himself in on charges of secretly filming and distributing parts of rapper Dunmills’ wife A’s body.

On the 16th, the Seoul Western District Court’s Criminal Division 6 (Chief Judge Gong Sung-bong) held its first date for a boatman indicted without detention on charges of violating the Special Act on the Punishment of Sexual Violence Crimes (Camera, etc.).

In May last year, Dunmills’ wife, A, said on SNS that a boatman spread a photo of a woman’s body, including a part of her face, back and chest, in a group chat room in 2018. A explained that he initially hid his identity and wrote as if he had conveyed the story of a third victim instead, but later tried to make an extreme choice when it was known that the victim was him.

Three days after A’s revelation, the boatman acknowledged his controversy and said, “I will apologize and reflect on what I did wrong. The victim did not file a complaint, but he came to the police station because he thought it would be reasonable to pay for the crime. “I will sincerely be investigated and reflect on myself for the rest of my life to prevent this from happening again,” he said, and was sent to the prosecution on charges of violating the Special Act on the Punishment of Sexual Violence Crimes.

On the same day, the boatman entered the court with a heavy expression, wearing black horn-rimmed glasses, a black shirt, and a coat. The boatman confirmed his identity by saying, “He was born on September 1, 1986 and is a rapper.”

The prosecutor listed the charges of the boatman, saying, “On July 19, 2019, the victim’s body was taken in Yangyang-gun, Gangwon-do, and posted it in a group chat room.” The boatman and his lawyer admitted to the charges, saying, “I admit it all.”

When the judge asked, “Should I proceed with the sentence date in a decision?” the victim’s lawyer said, “I want to make a statement without facing the defendant.”

The prosecutor applied for a closed trial, saying, “It is a case of high media interest, so we need to hear the victim’s statement, but we do not want the identity of the victim to spread as much as possible.” However, victim A, who was in court, said at the time that she wanted to make a public statement, saying, “The defendant distributed my personal information about me and my personal information was distributed all over the country.”

The lawyer for the boatman said, “It could be a secondary offense, so it would be better to proceed (to do so privately),” but A cried, saying, “I don’t know why you’re blocking my opinion after forcibly distributing my personal information on the Internet.”

The judge said, “You should not make remarks that can defame third parties. Certain proper names should not be used as much as possible. Whether it is true or not, we should not mention a third party,” he said, setting the next date for March.

A also claimed that in November last year, B, who is dating DJ DOC Lee Ha-neul, the CEO of the boatman’s agency, suffered from miscarriage of the child due to the pain of publicly revealing the identity of the victim of the hidden camera shooting of the boatman. In response, Lee Ha-neul warned A to take a hard-line response, saying, “It is an official nonsense of persecution.”

In the same month, the boatman pressed “Like” to A’s post of appealing for hidden camera damage, and when a netizen advised him to “Like” by DM (personal message), he replied “Okay” (okay) in the future,” and was criticized again for his careless words and actions.

Meanwhile, the boatman was accused of hidden camera while attracting attention last year by appearing on YouTube web entertainment shows “Turkies on the Block” and “Wheel Mouth.”