Real Madrid lost for the first time in 13 games.8th place is Bayekano 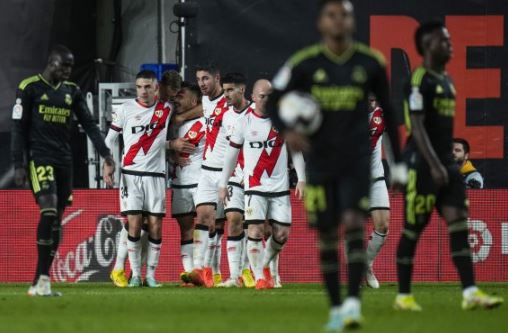 In Spain’s Primera Liga, Real Madrid suffered a come-from-behind defeat to Rayo Bayekano, the league’s middleweight, breaking the record of 13 wins and no losses.

Real Madrid lost 2-3 in an away match against Real Bayekano in the 13th round of La Liga in the 2022-23 season in Estadio de Bayekas, Madrid, Spain on the 7th.

Real failed to add more points due to the defeat, and Barcelona (34 points), the No. 1 player, is in second place by two points. Real currently has 10 wins, 2 draws and 1 loss, and Barcelona has 11 wins, 1 draw and 1 loss.

Rayo Bayekano, who won against Real, is currently eighth in the league with 21 points.

Santiago Monesana of Bayekano scored the first goal five minutes into the match. Real then caught up with Luka Modric’s penalty kick in the 37th minute of the first half. Four minutes after the tie, he headed a corner kick from defender Eden Militain’s right side and succeeded in turning the tables. However, Bayekano also returned to the starting point of 2:2 as Alvaro Garcia scored a left-footed shot just before the end of the first half.

The winning goal came in the 22nd minute of the second half. Real’s defender touched the ball with his hand in a defensive situation and a penalty was declared.

Bayekano Oscar Trejo’s first shot was blocked by goalkeeper Thibaut Courtois, but it was declared that the goalkeeper moved in advance. Taking a second chance, Trejo scored a shot to the right to determine the team’s victory.