Princess Mako of Japan, who is leaving the royal family, marries the general public within the year. 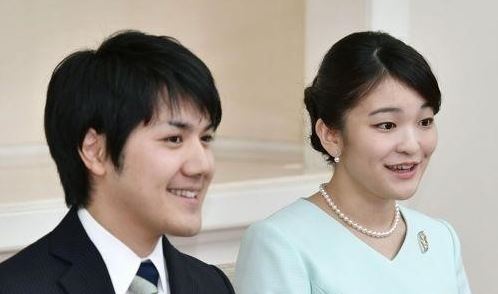 Princess Mako (29), the nephew of Japanese Emperor Naruhito, is expected to marry her university classmate Gomuro Gay (29) as early as this year.

According to Japanese media including the Yomiuri Shimbun on the 1st, the eldest daughter, Princess Mako, will register her marriage within this year with the consent of her father, Fumihito (55). However, there is a possibility that the submission of the report may be delayed until next year due to the influence of the new coronavirus infection (Corona 19).

The two are classmates of the International Christian University (ICU) in Japan and announced that they would be engaged in September 2017 after five years of dating, and that November 2018 will be married.

However, in February 2018, the palace office in charge of Japanese royal affairs announced a sudden postponement of the marriage amid widespread scandals surrounding money transactions with his fiance, whose mother met on the premise of remarriage.

Amid growing controversy over Gomuro, he moved to the U.S. in August 2018 to study at a law school in New York State and is now reportedly hoping to get a job at a law office in the U.S.

The Japanese royal family is said to be considering not having a wedding ceremony due to the lack of perfect conditions for national blessing and the spread of coronavirus 19.

Some in Japan say that it was aimed at lump sum money (a kind of settlement for living) that Marko receives when he leaves the royal enemy over the issue of marriage.

In response, it is known that Marco will not accept a lump sum of about 152.5 million yen (about 1.6 billion won) or donate it to a public institution because he can be financially independent if Gomuro gets a job.