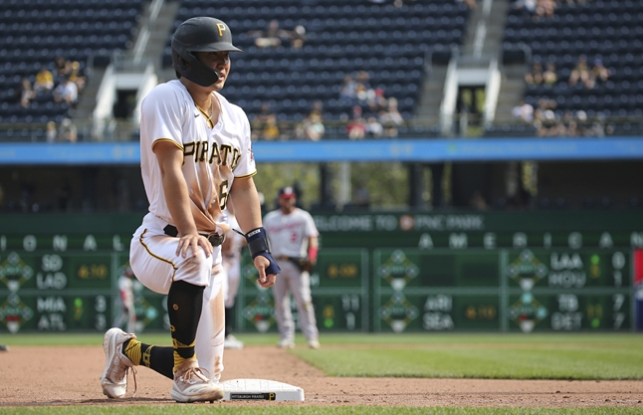 One day after Park Hyo-joon (26, Pittsburgh Pirates) returned to the big leagues, he went down to the minor leagues again.

The Pittsburgh club registered Jang Wi-cheong (27), who was recruited by the Cleveland Guardians, on the 31st (Korea Standard Time), for the 26-man roster and sent Park Hyo-joon down to the Indianapolis Indians, a Triple-A club under its wing. Taiwan native Chang Yu-cheng made his big league debut in Cleveland in 2019. This season, he was sluggish with no hits in 10 at-bats and seven strikeouts in four games.

Park Hyo-joon returned to the big league 26-man squad ahead of the San Diego Padres match on the 30th. On the first day, he was on the bench and replaced as the second baseman in the top of the 10th inning of extra time. He stepped on third base with a sacrifice bunt for a follow-up batter, but was out while entering home due to a wild pitch by an opposing pitcher.

Park Hyo-joon, who started in the opening roster this season, batted .214 with two RBIs and one walk and seven strikeouts in five games. However, he went down to Triple-A on the 23rd of last month and seemed to get a chance again in the big league after five weeks, but he returned in a day and left a regret.