Pination, surprise release of “Coming Up Next” video…Who’s the comeback artist?

PSY, the head of PNATION, has raised expectations for 2023. 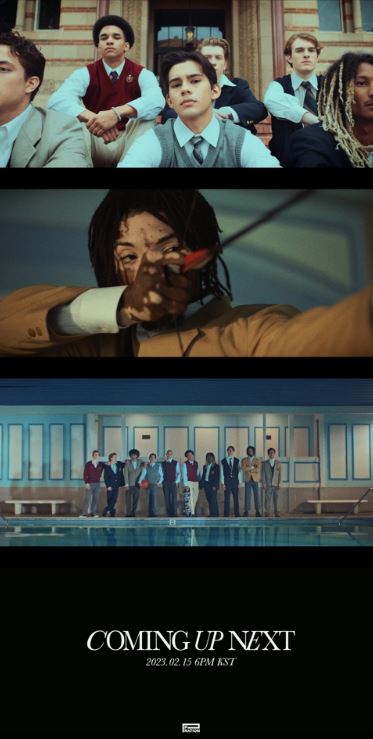 On the afternoon of the 20th, Psy released a surprise video of “Coming Up Next” on his official SNS. At the same time, the video was uploaded to the official SNS of the pination, raising interest.

The released video begins with someone running toward somewhere. The appearance of people wearing different uniforms in the space presumed to be schools is intriguing. In the quiet silence like before the typhoon, someone’s whisper continues to be heard and the video is switched with the voice of “Let’s go.”

Since then, refreshing music has been played, with a slater appearing and the screen ending. In particular, the slater has “2023.02.15.” which makes you expect the comeback date, which further stimulates curiosity.

When the video, which seems to imply the next comeback runner along with the specific date, was released, netizens are responding enthusiastically, such as “movie quality” and “it looks like Netflix material.”

Meanwhile, currently, the pination includes Swings, Crush, Heize, PENOMECO, and TNX, led by Psy. Last year, Psy released “That That (prod. & ft. SUGA of BTS)” and Crush received great love with “Rush Hour (Feat. j-hope of BTS),” and expectations are high on who will be the first artist to open the opening of the pination in 2023.