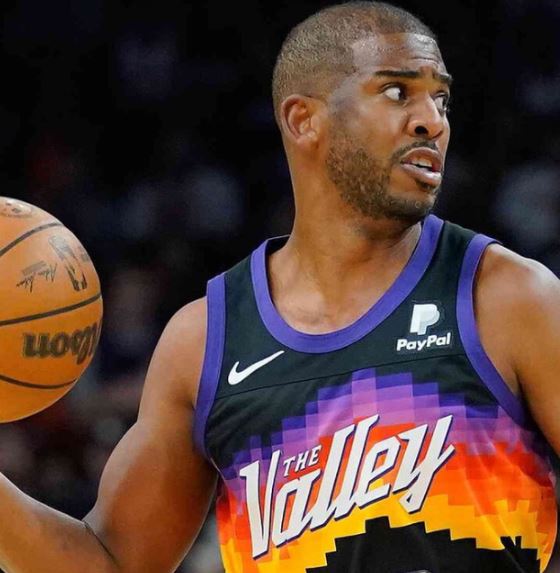 Phoenix Suns beat Minnesota, its opponent in the NBA 22-23 season, by 116-107, nine points at the Footprint Center in Arizona on the morning of the 2nd (Korea Standard Time).

Phoenix Suns edged ahead in the first quarter. When Minnesota’s Anthony Edwards took the lead early in the quarter with five consecutive points, including three-point shots, Phoenix’s Devin Booker and Cameron Johnson scored to balance the score. Phoenix turned the tables with Johnson adding another three-point shot, and added a score to Booker to run away.

In the second quarter, Phoenix, where even bench players played, took the lead. Early in the quarter, Phoenix scored consecutive points with Landry Shamet and Payne’s breakthrough, and when Jordan McNaughlin chased with a cut-in goal, Payne’s 3-pointer, Jock Landale’s hook and Dario Sarici’s 3-pointer secured the lead. Minnesota kept Naz Reed from widening the gap from 10 points with five consecutive points.

In the middle of the quarter, when the main players fought again, Minnesota, which revived the attack with Edwards’ breakthrough, connected Edwards’ missed shot to a footback score and blocked Booker’s jump shot, leading the game to a close game. Minnesota was chasing down to the chin with Edwards’ three-point shot and Towns’ cut-in, but Phoenix, who created a run-away score with Jackson and Paul’s performance, ended the first half with a 54-47, seven-point lead.

In the third quarter, Towns fought hard with Johnson, Booker and Bridges. Johnson scored six points and one steal, including two three-point shots, and Booker focused on saving his teammates at the beginning of the quarter and went on a scoring hunt that directly connected Paul’s still with a three-point shot. Bridges also helped Phoenix lead steadily with nine points and two steals.

Minnesota scored eight points, two assists, and 13 points alone, including Towns helping McNaughlin with a layup, but the rest of the players lacked performance. Thanks to the players’ even performance, Phoenix finished the third quarter with an 84-73 11 points lead.

In the fourth quarter, Shamet scored a three-point run, but Minnesota did not give up the game until the end. Minnesota started with Jailin Nowell scoring, and Edwards chased up to two points with a three-point pull-up jumper in a row. Phoenix, who allowed a lot of points in an instant, hurriedly summoned the main players on the court to make a change.

Phoenix starters from the bench lived up to expectations with Johnson’s three-point shot and Paul’s Faraway jumper, and Jones made another three-point shot five minutes before the end, widening the gap to around double digits. Minnesota, which did not throw a towel with Taurin Prince’s stepback three-point shot, produced points chased by Towns and Edwards until the end of the game.

As Minnesota counterattacked with Towns and Edwards just before the end of the game, Paul, the “commander on the court,” conducted the game himself. Paul succeeded in ripping off a three-point pull-up shot that caught him off guard and a free throw following a breakthrough, bringing the momentum of the game to Phoenix. Since then, Phoenix, which added Booker’s wedge score, has won by 116-107, nine points.