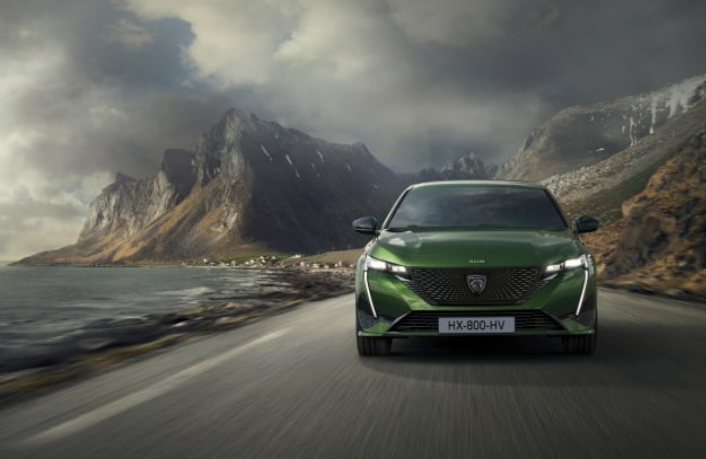 Peugeot will start pre-contracting for the third-generation model of its flagship hatchback “New Peugeot 308” on the 20th.

The New Peugeot 308 is the first completely changed model in nine years and the first Peugeot new car released since Peugeot Citroen (PSA) and Fiat Chrysler (FCA) were integrated into the Stellantis brand.

Peugeot’s new emblem was first installed on the front.

Weekly driving lights in the shape of a lion’s canine give a sophisticated impression while emphasizing brand identity.

Long bonnet lines, dynamic character lines, and loop lines that get lower as they go back create a sleek silhouette.

The full LED rear lamp embodies the claws of a lion, the symbol of Peugeot.

The interior is equipped with a 10-inch high-resolution center screen.

The hatchback-like practicality was utilized as the best-in-class trunk space.

In addition, Peugeot’s latest safety and convenience items were applied.

New 308 will be officially released in early July with two trims: Allure and GT.