Pengsoo, successfully debuted as MC of “Girl Reverse”…”Transfer to Kakao Entertainment”. Only ambitious. 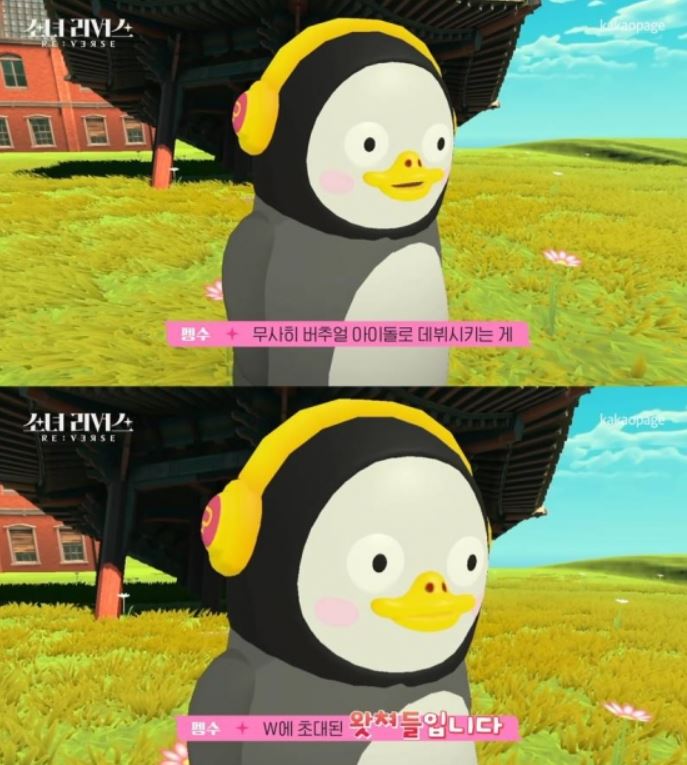 EBS trainee Pengsu, who dreamed of becoming the best creator, is booking his second heyday as an entertainment program MC.

Pengsu is playing a prominent role in Kakao Entertainment’s virtual idol survival “Girl Reverse,” which recently announced her debut as a fixed MC for the first entertainment program. Even before the program’s launch, attention was focused on Pengsoo’s first fixed MC debut, and expectations were high on how Pengsoo would appear in the unique setting of having to play as a virtual character in the virtual VR world with 30 girl group members. Pengsu, who appeared at the program’s production presentation, made headlines with his surprise comment, “I’m preparing to leave EBS and move to Kakao Entertainment.” Pengsu, along with prominent broadcasters such as singer Bada, MC Boom, and dancer Aiki, played the role of “Watcher,” a judge and helper in the survival of the virtual world “W.”

“Girl Rivers,” which Pengsoo announced, is a survival entertainment where 30 K-pop girl group members from the real world compete for opportunities to debut as idols in a virtual world. Participants compete fiercely to become the final five debut members by showing their talent and charm as stars as well as their dance and singing skills through virtual new virtual characters, completely hiding their identity in the real world.

When the program was first released on the 2nd, fans are paying attention to Pengsu, who plays a solid MC who leads the program, not just a character who reacts strangely. He drew attention by introducing the girls who will be on the preliminary stage with his unique husky voice, organizing the situation, and leading interviews on the spot.

Pengsu is not discouraged at all and adds laughter by revealing his “real character” to the girl group members who are a little bolder and do not hesitate to say anything stronger than the real world because they are hiding the girl group’s identity behind the virtual character. However, in front of a girl who suddenly approaches and asks her to sing a song called “Godna” or makes harsh comments that are hard to imagine as a girl group, Pengsu is embarrassed and shows fantastic chemistry with 30 girl group members who turned into virtual characters. Pengsu drew attention with his honest confession at the program production presentation, saying, “I don’t get tired most of the time, but there are 30 girl groups who are good at talking and full of entertainment.

Unlike other MCs, Pengsu plays the role of “closer to girls and collect information” to make girls debut as virtual idols, and also observes and delivers conversations a little closer than anyone else. Prior to the release of the main episode of the program, Pengsu was the first to enter the virtual world “W” where virtual girls would survive, playing a role in welcoming the girls who arrived there. As everyone is accessing the virtual world for the first time, he played the role of a mood maker in an awkward and unfamiliar situation and helped the girl group members adapt to the virtual world pleasantly and familiarly. Pengsu, who is already active as a “second character” in the real world, is fully showing his strengths to help girls play infinite virtual world characters that hide their identity in the real world and turn into virtual characters with a unique and unique worldview.

Attention is focusing on whether Pengsu will be able to successfully hold an MC initiation ceremony through “Girl Rivers” and grow beyond EBS trainees into a decent entertainment character.