Park Soo-hong and Kim Da-ye defamation Kim Yong-ho visited and saw it for the first time in real life. 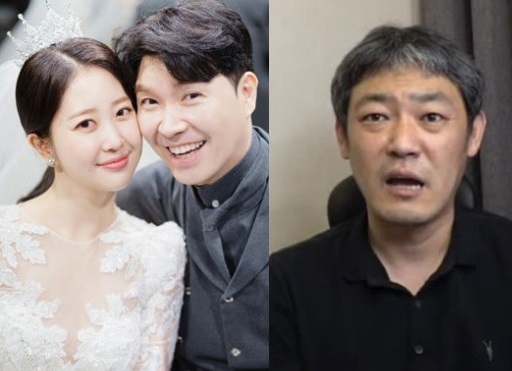 Broadcaster Park Soo-hong’s wife Kim Da-ye revealed why she started a legal dispute with YouTuber Kim Yong-ho, who defamed her.

In the pre-released video of TV Chosun’s “Joseon’s Lovers” released on the 3rd, Park Soo-hong’s wife Kim Da-ye was forced to go to court for the first time in her life.

On the same day, Kim Da-ye drove himself to the court. “The court is the first time I’ve seen it in my life,” he said, explaining why he took direct action, saying, “I’m so curious why a stranger spread it to people he didn’

Kim Da-ye, who got out of the car and headed to the court, said, “It’s my first time seeing it in person. “I only saw it on the name and the broadcast screen,” he said, drawing attention.

Currently, Park Soo-hong and Kim Da-ye are in a legal dispute with YouTuber Kang Yong-ho. YouTuber Kim Yong-ho is accused of defamation of Park Soo-hong and his spouse 31 times by appearing on his YouTube channel “Kim Yong-ho’s Entertainment Manager” and broadcasting at the Garosero Research Institute. Kim Yong-ho said on a YouTube broadcast in April last year, “Park Soo-hong’s spouse was in a relationship with Yoo, the former CEO of a wet tissue company, and Yoo’s suicide is related to A. Park Soo-hong even married the woman of his dead best friend,” he said.

Later, Park Soo-hong said through his legal representative, “Park Soo-hong’s spouse Kim Da-ye was unable to engage in social activities due to Kim Yong-ho’s false claim that he had dated former Monde CEO Yoo, who had no acquaintance, and suffered from circular hair loss and panic disorder. He also complained of pain, saying, “Park Soo-hong’s father-in-law recently underwent surgery due to the risk of vision loss due to stress caused by false information.”

In particular, Kim Da-ye is said to have watched the proceedings of the trial in the audience with his legal representative on the first trial date held in November. When Kim Yong-ho denied all the allegations, Kim Da-ye reportedly gave a deep sigh.

On the other hand, Park Soo-hong held a wedding ceremony with Kim Da-ye, 23 years younger than him, at a charity event on the 23rd of last month. A late wedding ceremony was held a year and five months after the marriage registration due to the remission of family members and the aftermath of COVID-19.