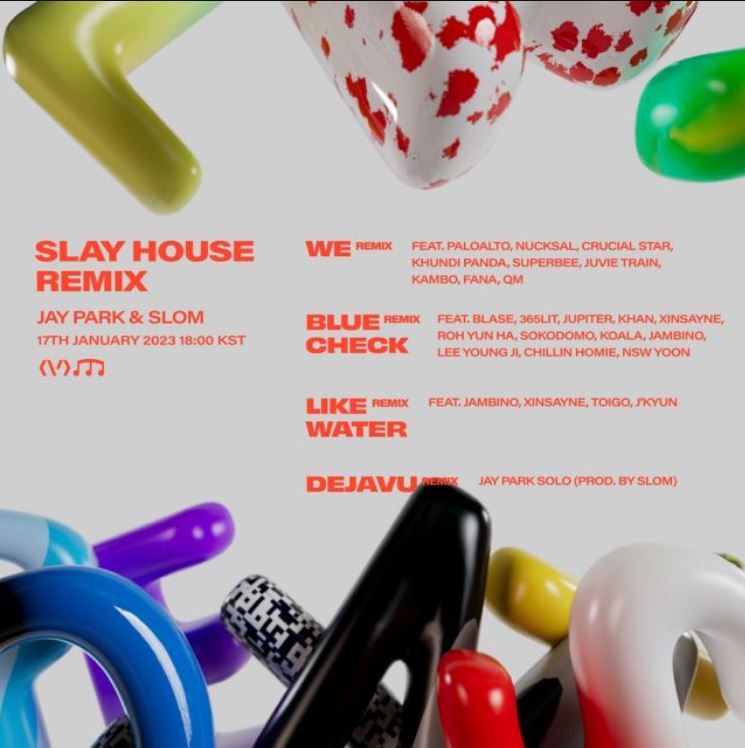 The agency More Vision announced on the 17th that “Jae-beom and Slom’s new EP ‘SLAY HOUSE REMIX’ will be released through various online music sites at 6 p.m.”

The new album is a remix album by Tim Slay’s producer Jae-beom and Slom, who won the final title in Mnet’s hip-hop survival “Show Me the Money 11.”

Including the remix of “Blue Check,” which has recently attracted public attention as a dance challenge, and the remix of the final song “Deja Vu,” which was reborn as Park Jae-beom’s solo version, “We Remix” and “Like Water Remix,” four remix tracks have been released on the air.

In addition, Lee Young-ji, the final winner of “Show Me The Money 11,” Park Jae-beom and Slom’s crew, including Jambino, XINSAYNE, toigo, and J’Kyun, will participate in the show, giving a unique remix that is different from the original song.

Park Jae-beom is Korean-American hip-hop.R&B singer, farmer.He was selected as the musician of the year by netizens twice in 2013 and 2015.He proved to be a top artist not only in popularity but also in musicality with the award of Choius R&B & Soul (music) of the Year in 2017.
Fans are paying keen attention to this album.