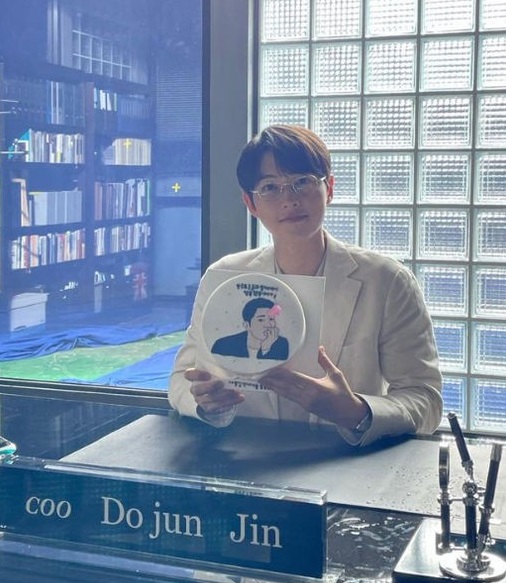 The main character of the romance rumor that only Park Bo-young and Kim Tae-ri were rumored through the so-called “Cader” communication. Song Joong-ki has started a real public relationship. However, the unconfirmed facts still bite the tail, raising eyebrows.

Earlier on the 26th, Song Joong-ki admitted his romantic relationship with a British woman, and his agency, Hi Ji-eum Studio, told OSEN, “I hope you look at the meeting with a warm eye,” adding, “We ask for your understanding that we cannot check information other than dating facts, and we would appreciate it if you refrain from reporting unconfirmed speculation.”

This is because Song Joong-ki has been mentioned in numerous dating rumors by the so-called “Carder” news agency. Actor Park Bo-young, who co-starred in the past movie “The Werewolf Boy,” was first embroiled in rumors of a romantic relationship, and Park Bo-young appeared on a program and said, “Joong-ki is very considerate not only to me but also to the other actors. Whenever you do a work, you think the other actor is the prettiest and cutest. The rumor of a romantic relationship with my brother is a misunderstanding. You’re not just nice to me. He explained, “I don’t even contact him often.”

The main character of the latest romance rumor is actress Kim Tae-ri, who co-starred in the movie ‘Seungri-ho.’ In October, a witness story that showed Song Joong-ki and Kim Tae-ri enjoying a date in Paris, France, spread through online communities. The two men and women were seen walking affectionately with their arms folded in an alley that appeared to be overseas, but it turned out to be a happening as they were spotted during Hyun Bin and Son Ye-jin’s honeymoon.

Song Joong-ki, who had been in trouble with rumors of a romantic relationship with Park Bo-young and Kim Tae-ri, began an open relationship on the 26th, admitting his love affair. However, as expected, there is a lot of communication between “Carder.” Finally, it is known that the person mentioned as a girlfriend was Katie Louise Saiders, a former permanent actor, and Song Joong-ki’s agency, Hi Ji-eum Studio, told OSEN, “It is difficult to confirm that Song Joong-ki’s girlfriend is Katie Louise Saunders, a British actor. “I ask for your understanding,” he said.

Nevertheless, Song Joong-ki’s girlfriend is still pregnant, leading to gynecological witnesses, raising eyebrows. Otherwise, it was Song Joong-ki, who proudly stated that he was in a slump, so Internet users also expressed their displeasure with the excessive “Cadera” communication. As someone’s light guesses take a big toll on a person’s life, it seems necessary to refrain from paying attention to the spread of “Cader” communication and reckless speculation.