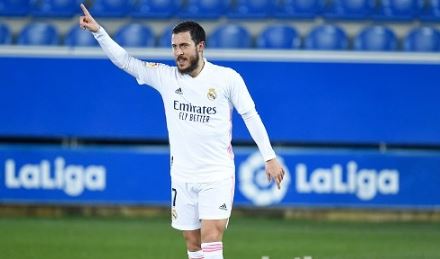 Calvin Phillips of Manchester City recently received an issue. The reason is that he is overweight. Manchester City coach Pep Guardiola became even more controversial as he was “outraged.”

Local media said, “Director Guardiola was angry. This is because Phillips came back overweight after the World Cup. Furious Guardiola left Philips off the roster for the last EPL Cup with Liverpool. “We didn’t even train him,” he said.

“Philips is not an injury,” Guardiola said. He returned to the team because he was overweight. I have no idea why. He took a vacation after the World Cup. I don’t know what happened. Philips did not hide his discomfort, saying, “He did not arrive in a state where he could train and play.”

When Pep and Phillips received the issue, Britain’s “Daily Star” came out with an overweight story that had become a big issue in the past. Five fat people with similar cases to Phillips have been revealed.

The first is Sergio Aguero. Philips is not the first player Guardiola has been angered by being overweight. Before that, there was Aguero. Guardiola said something similar to Phillips to Aguero. The difference is that Phillips was angry publicly and privately with Aguero. It was in 2016 when Guardiola was appointed to Manchester City.

Guardiola told Aguero at the time, “I’ve been out of the game this week because I’m fat.”

The second is Benny McCarthy. West Ham were in the 2010–11 season. He was removed from the squad mid-season. The reason was overweight. “McCarthy is a great player, but right now we need a fast-moving player coach Abram Grant said.

Luke Shaw is the third player. When he first arrived at Manchester United in 2014, he had to suffer from manager Louis van Gaal. This is because Panhal accused him of being overweight. At the time, Panhal said, “Show should be healthy. I can’t do what I want because Shaw is not healthy.”

Romelu Lukaku is indispensable. He has been involved in many overweight controversies. The representative scene was the 2018-19 season when he was a Manchester United player. Controversy arose over his weight gain during the off-season, and then Manchester United legend Gary Neville persistently attacked Lukaku over his “overweight” problem.

Eden Hazard is also one of the players who was constantly criticized for being overweight. Probably received the most criticism. Hazard, who showed his best performance at Chelsea, started controversy after moving to Real Madrid in 2019. And in Real Madrid, the controversy over fat was raised every time without missing a season.