Oh Eun-young said, “10 years old, 18kg” on the gold side, “Anorexia = high mortality rate”…Ambulances can be carried away. 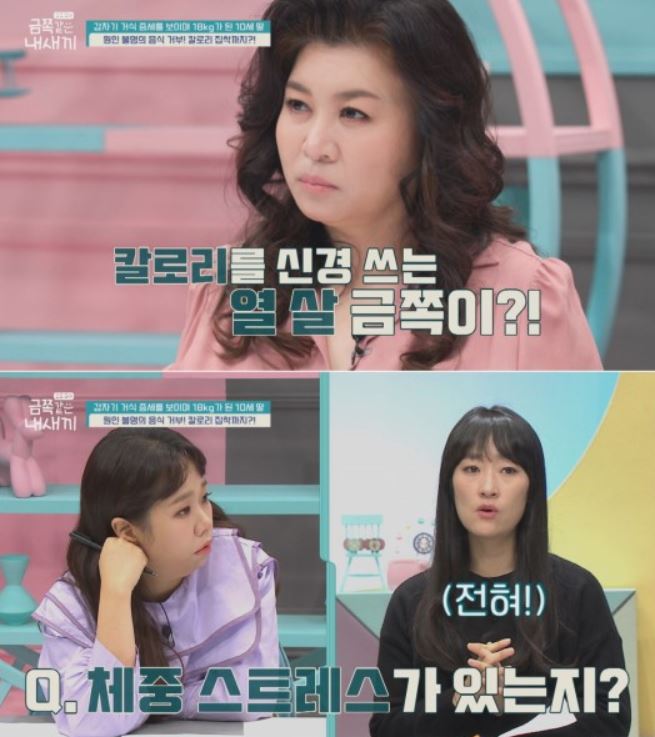 10-year-old Geum, who weighed 18kg due to anorexia, was taken to an ambulance during the filming, raising concerns.

Channel A’s entertainment program “Childcare these days – My Golden Child,” which airs today (6th), features a couple raising a 10-year-old daughter and a 6-year-old son. The mother, who has a worried face, expresses her concern, saying that the first one, Geum Jip, is “in a situation where she cannot go to school for health reasons.” A video of Geum Jip-i lying in the hospital, skinny and skinny, was released, and her mother shocked the studio by adding, “I was diagnosed with a cardiac arrest due to rapid weight loss.”

In the video of observing daily life, Geum Jip and his mother are seen stopping by the bakery. Geum-gyeol, who was rummaging through the bread with a serious look on his face, said, “That’s higher in calories,” eventually can’t choose anything. When Hong Hyun-hee was surprised, saying, “Calories are calculated at that age,” the mother explains that Geumjip not only checks the sugars in the nutritional content table since last year, but also does not eat any sugary food.

That night, Geumji changed her pajamas with the help of her mom. At this time, the panel was shocked when the back of a child who was thin enough to reveal all the vertebrae. To the mother, who is worried about Geum’s health with nearly half of the average weight of a girl of her age, Geum, who firmly answers, “I hope (my weight) will continue to be like this.” In response, Oh Eun-young exclaims STOP, analyzes Geumji’s distorted obsession with weight and food, and then comes up with a shock diagnosis, saying, “Geumji is anorexia.” It also adds, “It is the most serious disease with the highest mortality rate among diseases handled by the Department of Mental Health Medicine,” and emphasizes the need for intensive treatment.

In the following video, Geum Jip-i is seen anxious that his younger brother, who went to kindergarten, ate all of his lunch and snacks. The mother, who was looking around, tries to comfort Geum-jji, saying, “If you’re that curious, you can call and ask.” Eventually, a mother calls her kindergarten teacher and checks again whether her younger brother has finished lunch and snacks. In response, Oh Eun-young said, “We should teach them not to cross the line that they should not cross,” pointing out the parents’ excessively permissive attitude of fitting everything to Geum-ji, who has high anxiety. He also emphasizes that excessive control and obsession with his younger brother seems more serious than the superficial problem of anorexia.

Meanwhile, Oh Eun-young made an unexpected diagnosis, saying, “There is no gold prescription today,” raising questions. After that, Geum Jip was taken by an ambulance during the shoot. What really happened to Geumji, who was refusing food due to symptoms of anorexia?