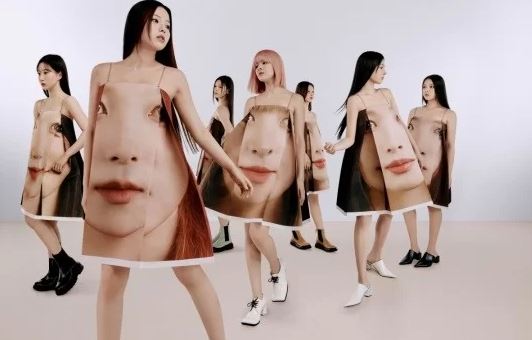 Shock costumes with NMIX’s face are a hot topic.

On the 6th, luxury brand R released a pictorial of Global Ambassador NMIX.

The brand said that NMIX’s bold energy was combined with Roebe’s creative vision for the future and completed a wonderful collaboration.

In particular, the costume that became the talk of the town is a colorful face print dress. Lily, Hae-won, Seol-yoon, Genie, Bae, Ji-woo, and Gyu-jin are posing in a custom-made dress with their faces, drawing attention.

Netizens who encountered the costume are showing enthusiastic reactions such as “What is fashion?” “It seems like a penalty,” “Are you selling it?” “How can this outfit be 4.4 million won?” and “It’s so weird.”