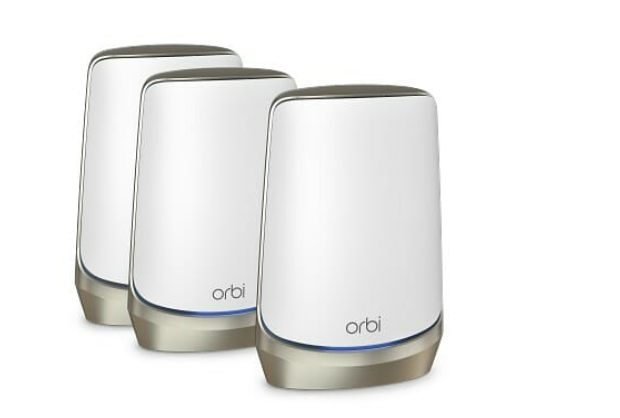 Netgear officially released ‘RBKE963’, a mesh Wi-Fi system based on Wi-Fi 6E, in Korea on the 11th.

The product consists of a total of three units: the router RBRE960 connected to an external Internet line and two satellite RBSE960s serving as base stations.

Up to 200 people can receive uninterrupted Wi-Fi radio waves in a space of up to 252 pyeong, such as a large event hall, factory, and office.

External Internet lines support up to 10Gbps and can be checked for initial settings and status using the dedicated smartphone app “Orbi.” The regular price is 2.85 million won and will be on sale at a 10% discount until the 15th.