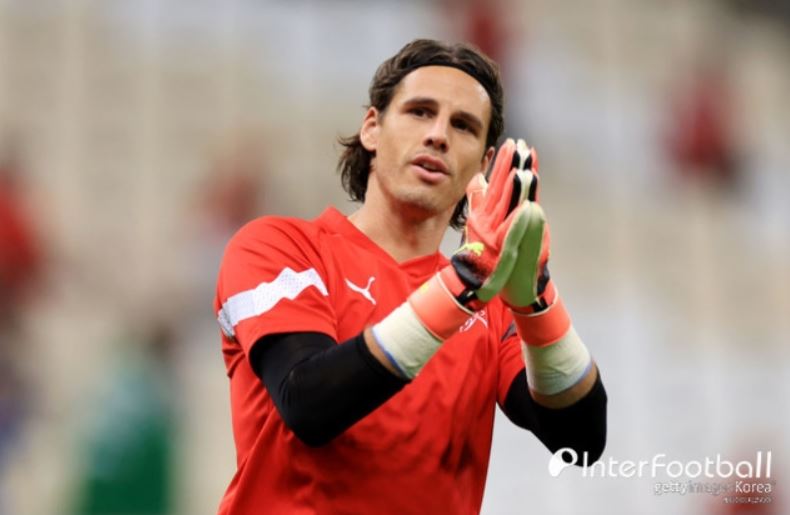 “Munich has completed a verbal agreement with Zommer on a winter transfer,” Florian Fletenberg, a reporter for Germany’s Sky Sports, said on his personal SNS account on the 5th (Korea Standard Time). He only wants to join Munich. He can sign until 2025,” he reported.

Zommer, a Swiss national, dreamed of making his professional debut in 2003 when he joined FC Basel Youth. Sommer immediately became the starting goalkeeper for the U-21 team and strengthened his position in the team. Zommer gained experience on loan to Paduts and Grasshopper Club Zurich.

He played as a starting pitcher in the 2011-12 season. At that time, Zommer played 31 league games and conceded 29 goals, and was reborn as the team’s goalkeeper with 13 clean sheets. Sommer also worked with Park Joo-ho at the time.

Thanks to this performance, he advanced to the German stage. Zommer newly nestled as Borussia Mönchengladbach of the German Bundesliga in the summer of 2014. It was selected as an alternative resource when goalkeeper Ter Stegen moved to Barcelona. Sommer has already become a veteran goalkeeper, playing 335 games in Mönchengladbach alone.

Zommer was also selected for the Swiss national team. Zommer, who was selected for the national team for the first time in 2012, made his first World Cup appearance at the 2014 Brazil World Cup. Since then, he has played as a key player in UEFA Euro 2016, helping his team advance to the round of 16. Zommer continued to defend his team’s goals in the 2018 FIFA World Cup Russia, Euro 2020, and 2022 Qatar World Cup.

He has entered the age of 34, but a new opportunity has come. It was Munich’s offer to transfer. Munich currently has goalkeeper Manuel Neuer wearing gloves, but needs alternative resources. Neuer visited the ski resort on vacation after the World Cup I suffered a fracture. He was even out of the season.

Munich therefore sought an alternative goalkeeper. Munich wanted to recruit goalkeeper Alexander Nubel of AS Monaco, but plans to recruit goalkeeper Zommer as negotiations became difficult. Individual agreements have been drawn, but there is still an agreement between the teams. “At the moment, no official bid has been sent to Mönchengladbach,” said Plettenberg. They’ll let Zomer go whenever they find a replacement,” he said.