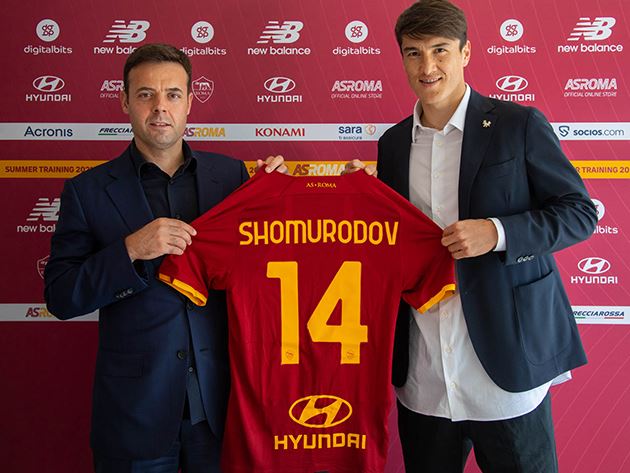 AS Roma officially announced on the club’s website on the 2nd, “We have recruited striker Shomurodov from Genoa through a transfer fee of 17.5 million euros.” The back number is 14.

The club also said that if Shomurodov moves to another club in the future, Genoa will receive some of the transfer fees.

Although the specific ratio has not been disclosed, Sky Sports and Italy have predicted that it will reach 20 percent.

“I will show everything I can in one of the world’s biggest clubs,” Shomurodov said through the club, and Tiagu Pintu said, “I am a forward-looking striker.”

Shomurodov, a 190-centimeter-tall striker, made his professional debut at FK Marshall Mubarek and entered the European stage by transferring to Rostov Russia in the summer of 2017 via Bunyodkor (Ubskistan).

He then moved to Genoa in October last year and went on the big league stage.

In the first season of the big league, he played in 31 regular league games and scored eight goals and one assist.

Especially after he finished adjusting, he showed his potential by scoring as many as five goals in six games

since April, the second half of the season, and eventually Roma, who wanted to reinforce the striker, recruited him.

With the recruitment of Shomurodov, Mourinho will join another Asian striker following Son Heung-min (29) during his Tottenham career.