Moon Ga-young to hold her first fan meeting, “I want to repay the fans’ love.” 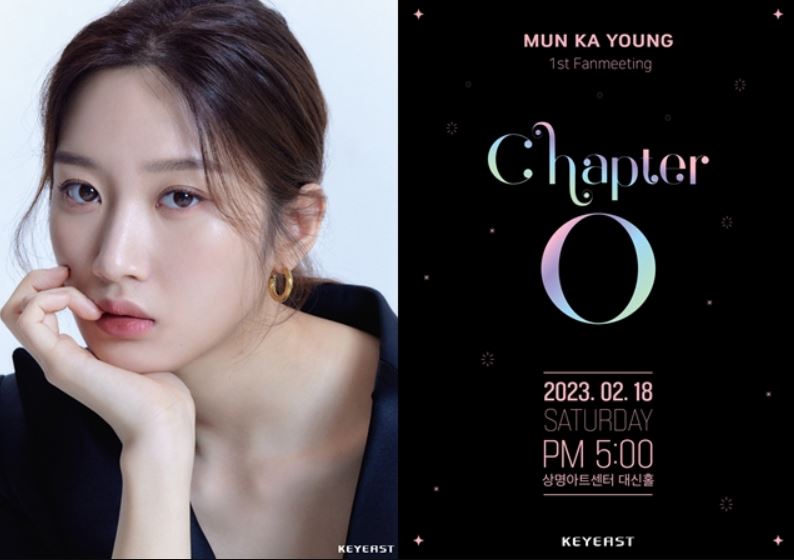 The agency KeyEast released a teaser poster on the 17th, saying, “Moon Ga-young will hold her first fan meeting ‘MUNKA YOUNG 1st Fanmeeting: Chapter 0′ and have a time full of understanding with fans.”

This fan meeting contains Moon Ga-young’s sincerity to meet fans closer to express her gratitude for the love she has sent so far sent. It is also a meeting after the end of JTBC’s Wednesday-Thursday drama “Understanding Love,” which is currently airing, and Moon Ga-young will talk about various works as well as behind-the-scenes stories of the drama.

Ga-young who debuted as a child actor in 2006, has become a global star with great love at home and abroad through her steady work activities such as the drama “The Man’s Memory” and “Goddess Kangrim.”

Expectations are high on what new appearance he will capture fans’ hearts on stage, showing his colorful characterization in each work.

“MUNKA YOUNG 1st Fanmeeting: Chapter 0” will be held offline at Daeshin Hall, Sangmyung Art Center, on February 18. Tickets can be purchased through YES 24 at 8 p.m. on the 26th.