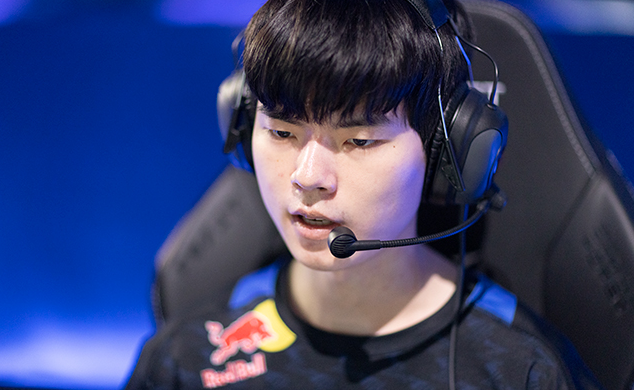 “Deft” Kim Hyuk Kyu’s last dance that might be the last. Kim Hyuk-kyu, who has been praised as the best long-distance dealer since his debut, had no connection with winning the LOL World Cup. He has once again begun a beautiful challenge with his teammates who are showing their best performance this season.

DRX won 2-0 in Guangdong in two games on the second and fifth days of the 2022 League of Legends Champions Korea (LCK) summer split at Roll Park in Jongno-gu, Seoul on the 26th.

Now that he has won consecutive games, Kim Hyuk-kyu said, “I haven’t felt good because I haven’t contributed much to the team. I’m happy that I think I contributed to a certain extent today.” He then mentioned the disappointing situation, saying, “There were many situations where I could play more when I made a manual pick, but I couldn’t.”

Asked if he felt less pressure than the spring season due to stronger upper body liners, he said, “It’s definitely less when it comes to winning games. However, even if they won the game, they often did not show a perfect appearance in the bottom area. Maybe that’s why I feel a little more pressure in the winning game,” he said honestly. Kim Hyuk-kyu then thanked the coaches for their efforts, saying, “The coach and coach are working very hard outside the game along with the players,” as a reason to continue winning consecutive games this season.”

The season that might be the last. “I’m not quitting because I don’t want to quit, so I’ll find out how to continue, but if there’s no way, this season will be Mazamic,” he said calmly. He then said, “I wanted to erase the regrettable memory of leaving DRX at the end because I decided to spend the last season with DRX. Also, I chose this team because this is the team where the current members can gather,” he said.

However, the competition is also very difficult within LCK. However, since there are many teams that play in the LPL, I think I have to do much better than now to achieve my goal,” he said calmly. He also said, “The first thing to do is to perform well against strong teams.”

DRX will face Liv Sanbak and T1 in Week 3. Kim Hyuk-kyu said, “I think I have a lot of details missing. If I don’t supplement this part, it will be a difficult game,” he said, adding, “In the case of Liv Sanbak, there were many games that led the game to the second half and turned the tables.” I think we need to prepare well so that we don’t make mistakes in the battle,” Deft said.

“Keria is showing the best performance in the game, but I think she may have an unexpected pick because she researched a lot in terms of semi-pick,” he said adding, “I think we should take these parts into consideration.” 토토추천

Finally, he said, “Thank you so much for always supporting me. I will prepare well so that I can show good performance against strong teams,” he said in an interview with his fans.