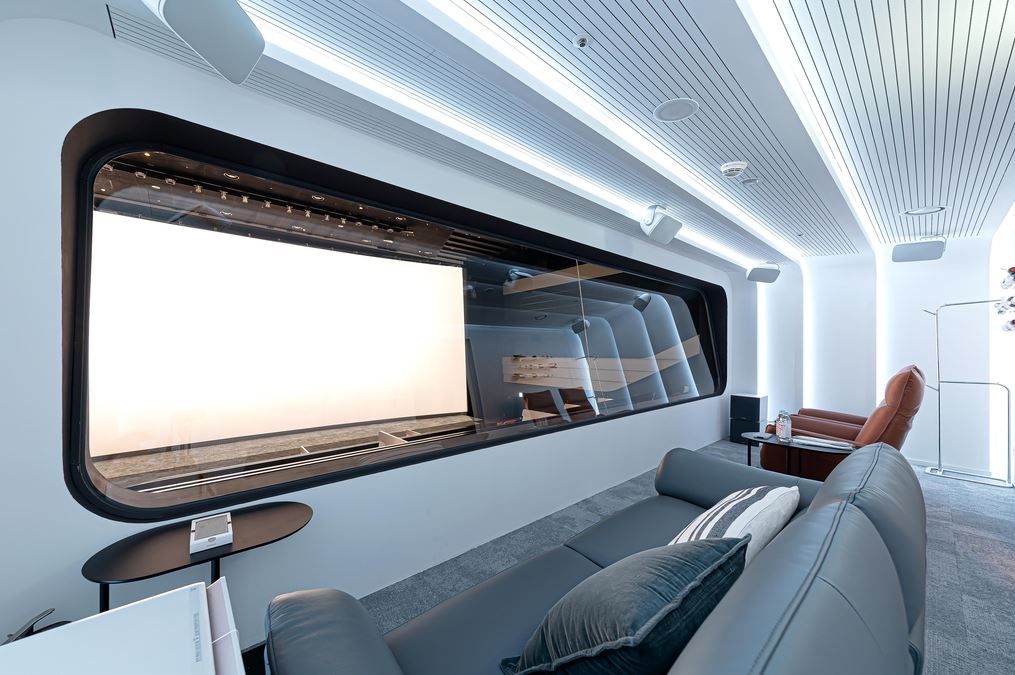 Lotte Culture Works announced on the 6th that it has renovated Superplex, a large premium theater at Lotte Cinema World Tower in Seoul, for the first time in eight years.

The move is aimed at strengthening the characteristics of a high-end movie theater by improving the 34-meter-wide screen, sound system, and seating space.

First of all, the screen has been upgraded so that all seats can enjoy the movie with uniform brightness in consideration of the bending of the screen.

Behind the screen, Shaker, an equipment that compensates for light tremors, was installed at the highest level in Korea, and a 4K dual laser projector with twice the brightness and image quality of ordinary laser projectors was introduced.

The Dolby 136 Package speaker based on Dolby Atmos has been installed so that sound can be evenly delivered to all audiences.

Lotte Culture Works explained that it installed the largest baffle system in Korea (a barrier-shaped structure used to increase the effective length of the radio wave path between the two points of the acoustic system) to reduce reflection sound.

The seats were reduced from 628 to 295, half of the previous seats, allowing the audience to watch the movie in a wider space.

In the front row, a fluffy “bin bag” style seat filled with fillers to change its shape according to the user’s posture and a “sofa bed” that can be laid down like a bed when unfolded.

The normal seat was replaced with a recliner that can adjust the angle of the backrest or footrest.

In the seats in the area called “sweet spots,” recliner with ergonomic technology was installed, and side tables, wireless chargers, and bag hangers were provided.

The second floor couple’s seat in the form of a balcony has been replaced with a booth-type seat (studio seat) that completely separates space from other visitors, and has a reclining sofa and a sound control system.

Water and indoor slippers are provided to users of sweet spots and studio seats.

Choi Byung-hwan, CEO of Lotte Culture Works, said, “The newly renovated Superplex will provide a completely immersive viewing environment that has never been experienced before,” adding, “We will create a new theater culture.”