LA Dodgers return 80 wins, first-come-first-served to 70 percent win rate as best as they can 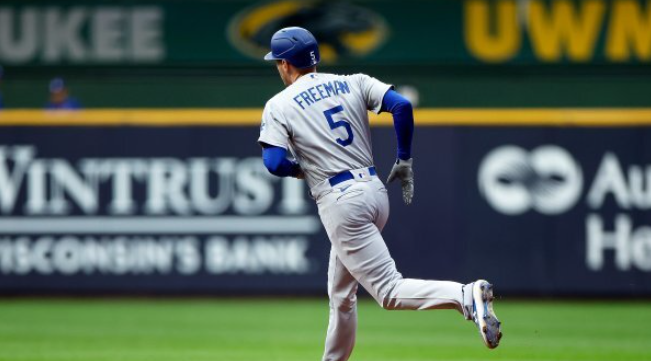 The LA Dodgers, which boasts the strongest power, won again after 12 consecutive wins and lost one more time to win 80 games. In addition, the LA Dodgers returned to their 70 percent winning percentage with the victory.

The Los Angeles Dodgers played an away game against the Milwaukee Brewers at Miller Park in Milwaukee, Wisconsin, on the 15th.

On this day, the LA Dodgers showed stability in which five pitchers blocked nine innings with four hits and no runs, and Freddie Freeman hit a double and a home run in the batting lineup to win 4-0.

As a result, the LADodgers recorded 80 wins, 34 losses, and a 0.702 winning rate until this day. 80 wins first and 70 percent win rate return. Currently, the second place in the Major League is the New York Mets and the Houston Astros.

The LA Dodgers’ Julio Urias, who started as a starter, recorded four hits and no runs in five innings, and blocked four innings with a perfect score.

In addition, Freeman hit a home run from the first inning, and Will Smith’s sacrifice fly added one point in the fifth inning. Gavin Lux then hit a two-run home run in the sixth inning.

As a result, Urias had his 13th win (6 losses) of the season by lowering the season’s ERA to 2.40 while Milwaukee starter Freddie Peralta had his third loss (4 wins) of the season after allowing one run in four innings.