Kissing Song Hye-kyo and her pet. 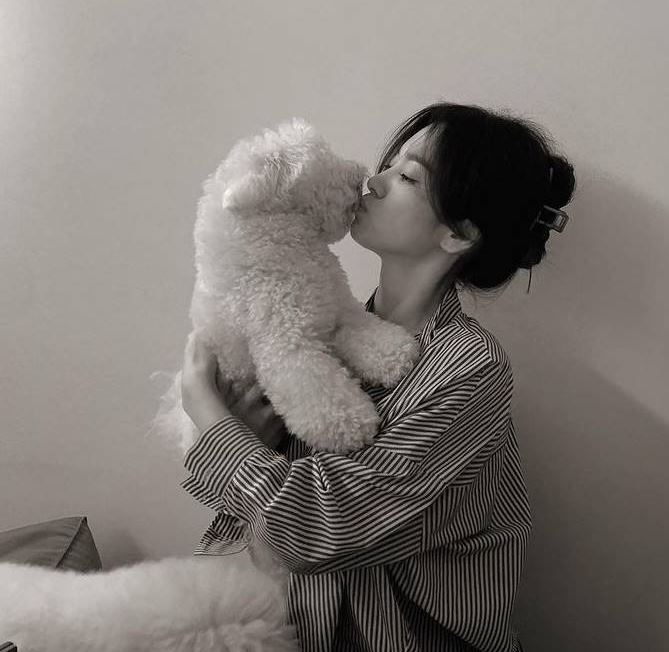 Actress Song released a photo taken with her dog.

In the black-and-white photo released, Hye-kyo is kissing her dog while looking at her affectionately.

In particular, the friendly two-shot of Hye-kyo and her dog is creating warmth.

Actor Choi Hee-seo, who saw it, left a comment saying, “I miss Ruby.”

Park Sol-mi drew attention by writing, “I want to kiss you, too.

which is scheduled to air in the second half of this year.

Hye-kyo is a famous Korean drama queen who debuted in her mid-teens and continues her reputation as a leading beauty actress and top star in the 2000s and 2010s.