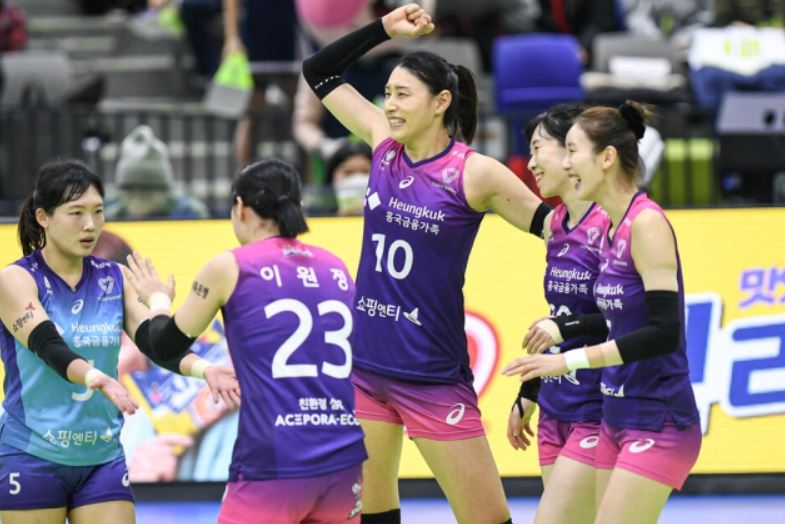 It was a revenge match for Heungkuk Life Insurance. This is because they lost to Hyundai Engineering & Construction in two matches this season. However, Kim Yeon-kyung (30 points, 51.85% of attack success rate) and Yelena (25 points, 36.36% of attack success rate) broke out, giving Hyundai Engineering & Construction its first home loss of the season. Kim Yeon-kyung, who scored the most individual points this season, said after the game, “Of course, I have to be greedy for the first place,” adding, “My physical condition is similar to the first time, but my breathing with the setter has improved and I’m getting along well overall.”

In Hyundai Engineering & Construction, Hwang Yeon-joo (20 points), Jung Ji-yoon (17 points), and Hwang Min-kyung (15 points) fought hard while the main gun Yasmin was absent due to a back injury, but failed to prevent the team from losing. Yasmin underwent a lumbar disc procedure after a match with Pepper Savings Bank on the 18th, which made it difficult to play for a while. Hyundai Engineering & Construction lost after five sets of neck-and-neck competition with KGC Ginseng Corporation on the 25th and finished the record for the most consecutive wins in the opening at “15.” After 15 consecutive wins, he lost two consecutive games, putting the No. 1 Mercury on alert.

Meanwhile, 3,798 seats were sold out at Suwon Gymnasium. Along with the effect of Kim Yeon-kyung’s return, many fans showed interest in the fight for first and second place.