Kim Minjae is concerned about “worsening” after fighting against injury… 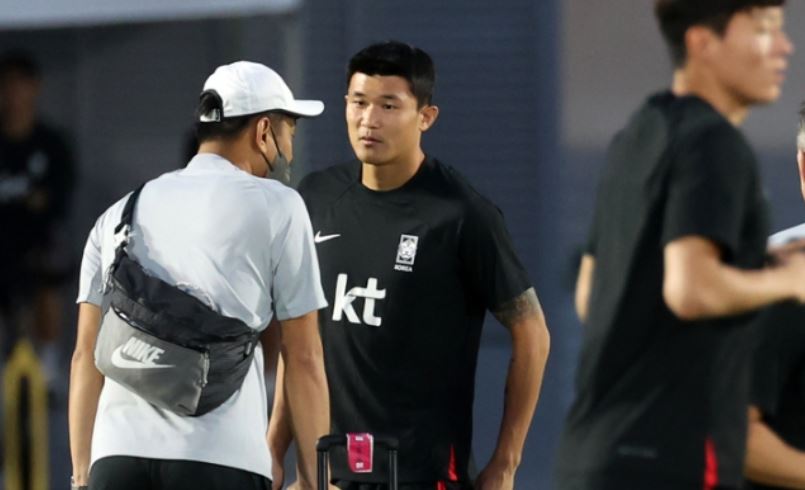 Bento’s team is anxious ahead of the Portugal match, where the fate of the Korean World Cup team’s round of 16 is at stake. This is due to Kim Min-jae (26, Napoli), the core of defense,’s unusual physical condition. He collapsed again after struggling with an injury even though he was injured. We cannot rule out the possibility that the defense without Kim Min-jae will become a reality in the match against Portugal.

He did not appear on the training ground twice ahead of the second game against Ghana, and he focused on recovery training the day before the match, but the situation is different this time. In the previous match against Ghana, he played with a strong will even though the pain has not subsided. However, Kim Min-jae, who had endured with evil at the time, was not in good shape enough to ask for a replacement for extra time in the second half.

He struggled once in a situation where he suffered a muscle injury, so his physical condition cannot be improved. The day after the match against Ghana, the main players returned to their accommodation after only recovery training, so it doesn’t mean much, but it suggests that they missed their first training to prepare for the match against Portugal, which must be won.

Considering the proportion of Kim Min-jae, who is simply “irreplaceable,” it is truly an emergency for Bento. This is because it is unknown whether Kim Min-jae, who has already fought once despite the risk of injury, can expect another fight. No matter how strong Kim Min-jae’s will to play, there is a possibility that Kim Min-jae’s physical condition will not allow him now.

The best scenario would be for Kim Min-jae to play normally against Portugal at a monstrous recovery speed, but it is also difficult to expect it positively as he has been overworked by his team throughout this season and suffered muscle injuries during the tournament. In order to advance to the round of 16, Portugal must be defeated, and for this, a stable defense against Portugal’s attackers is urgently needed. The “Kim Min-jae variable,” which is so fatal to Bento’s team, which is on the brink of collapse, appears to have occurred again.

Bento’s team will play the final group match against Portugal at Alaiyan Education City Stadium in Qatar at midnight on the 3rd. South Korea must beat Portugal and watch the outcome of the Ghana-Urugua transfer at the same time. If Portugal is not defeated, the number of cases in the round of 16 will be meaningless.