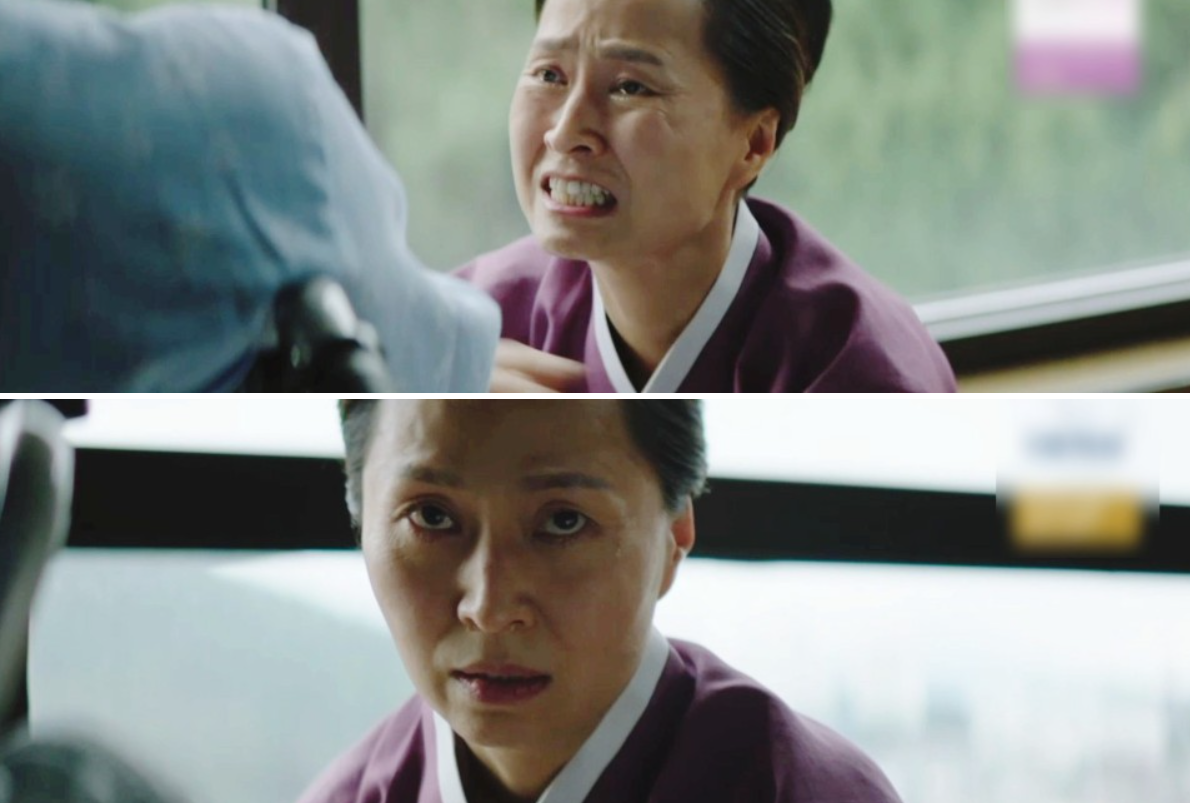 Kim Hyun (51), the youngest son of a chaebol family, said he got the same wrinkles as a medal with special makeup.

Kim Hyun-eun made the remarks in an interview at the end of JTBC’s Friday-Saturday drama “The Youngest Son of a Conglomerate” (playwright Kim Tae-hee, Jang Eun-jae, director Jung Dae-yoon and Kim Sang-ho) at a cafe in Nonhyeon-dong, Seoul, on the afternoon of the 28th.

“The Youngest Son of a Conglomerate House” is a fantasy drama in which a secretary who manages the owner risk of a family of chaebol returns to the youngest son of a chaebol family and lives his second life. It received a lot of love for its speedy portrayal of the story of chaebol families, who are fiercely competing for management rights through modern and contemporary Korean history. Kim played Lee Pil-ok, the wife of Jin Yang-chul (Lee Sung-min), founder and chairman of Sunyang Group.

Kim Hyun-eun received favorable reviews for showing Lee Pil-ok’s extreme polarities, who has a soft and good appearance and a cool-headed force in the play. In particular, he caught the eye by expressing his unwavering appearance in choosing for his family and children and his tender side of crying tears of repentance in front of his children.

Born in 1971, Kim had to play the old man as Lee Pil-ok. Kim Hyun-eun, who got this character through auditions, said, “I wondered why you chose me because there must be enough seniors similar to Lee Pil-ok’s age. However, isn’t this work a period drama that goes back to the past? I think the PD wanted to express how Lee Pil-ok was young and old again through his makeup. That’s why he said people in their 50s would be the most suitable.”

“Lee Pil-ok is in his 70s,” said Kim Hyun-eun, who did not dislike his old appearance. By the way, I am a person who has been in a play for over 30 years. He was short, so he played the role of an old man in the play from time to time. “About three to four times,” he said, “So it wasn’t awkward.” “And didn’t you make 50% of the special makeup, costumes, and hair with me?” I trusted that and went. He was embarrassed, saying, “The work was already out and I didn’t have much pressure because I was the only one who had to do well on it, but I was worried that my seniors would see it and say, ‘It’s funny.'”

Kim Hyun said, “It took more than two hours to dress up as Lee Pil-ok.” “I just lay still and got dressed up. So there was nothing particularly hard. And the PD and the makeup team told me that I need to dye my hair white. Of course I said I would. But they suggested, “Why don’t you continue to grow your original gray hair?” I kept growing my gray hair, so I grew it for more than a year and a half. Later, I regretted thinking, “I should have just dyed my hair white.” “I think that would have helped my work more, so I think I have such regrets,” he confessed.

On second thought, Kim Hyun-eun, who said that there was something difficult with makeup, said, “I think it was a medal, but I got wrinkles with makeup.” He said, “I’ve been bonding for 10 hours with a frowned face, so I’ve got wrinkles. Originally, I saw light wrinkles, but it was definitely settled down,” he said, drawing laughter. “It’s an honorable medal. I was really upset while doing it. After removing the makeup, I was supposed to return to my original state, but I was upset because I didn’t come back. That’s what eventually settled down. The makeup artists didn’t have to be sorry, but they kept apologizing. “I thought I would get Botox later, but it didn’t,” he said, drawing laughter again.