Kim Dongsung wife…People’s government… It was hard and embarrassing, but… “Don’t let your family go to court again.” 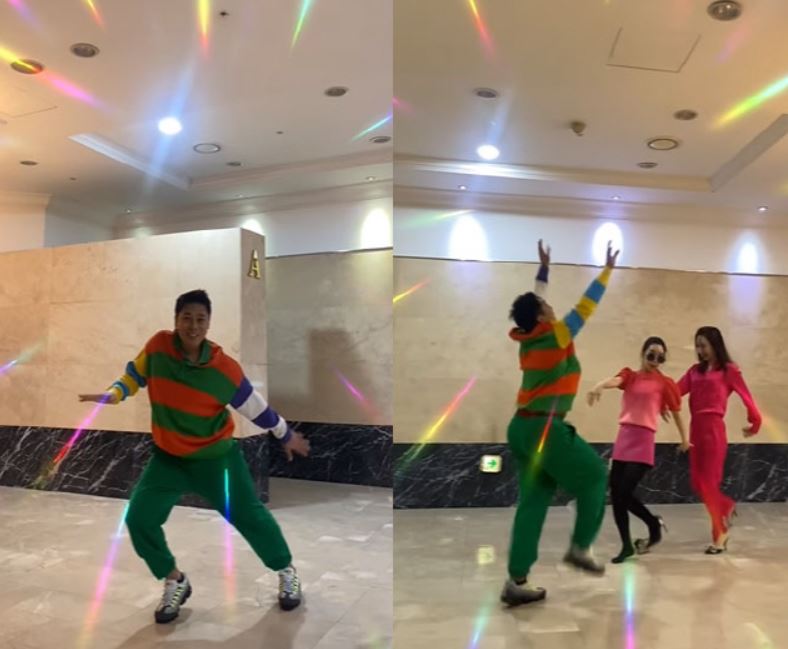 On the 23rd, the People’s Government said on his Instagram, “Re-married children, listen carefully and take notes.

“I heard strange noises such as clowns, little princes, and Shrek today, but my wife said I was pretty, so I ignored other people’s words and went like this all day,” he posted a video.

In the video, Kim Dong-sung exploded in a costume reminiscent of a clown. Kim Dong-sung, who is passionately showing his dance moves. At this time, even the people are wearing colorful clothes and dancing expressionless, causing laughter.

“I thought it hurt the moment I took the elevator out, but I went around with an iron plate on my face thinking that my wife who was next to me in this outfit would be more embarrassed than me,” he said. “I took a reel with my sister-in-law to make memories today, and it was a really hard and embarrassing day.” Still, seeing my wife happy makes me happy, he wrote. Meanwhile, the People’s Government said, “Listen carefully to the remarried men. The day we can proudly say we’re getting remarried. On the day we won’t be embarrassed because we’re remarried, it’s enough if we show ourselves that we’re living well with a new family, he said. “Let’s all try and take care of and lead a happy family until the day we die.”

Meanwhile, Kim Dong-sung and the People’s Government became a legal couple when they registered their marriage in May last year.