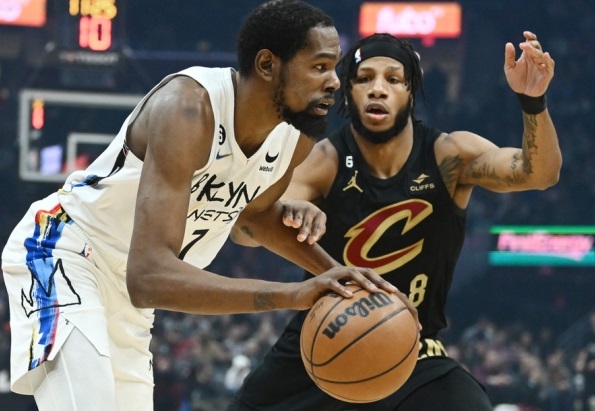 Kevin Durant of the Brooklyn Nets (hereinafter referred to as Brooklyn) rose to 15th place in his career.

Durant rose to 15th place in his career by scoring mid-range, his main weapon in the second quarter, in an away game against the Cleveland Cavaliers at the Rocket Mortgage Field House on the 27th (Korea Standard Time). Durant scored 26,498 points in the match, surpassing Tim Duncan (then San Antonio Spurs, now 15th) with 26,496 points.

Durant led the team to fourth place with an average of 29.9 points, 6.6 rebounds, and 5.3 assists this season. Durant, who has 48 games left until the end of the season, is expected to break the 14th place score without much difficulty.