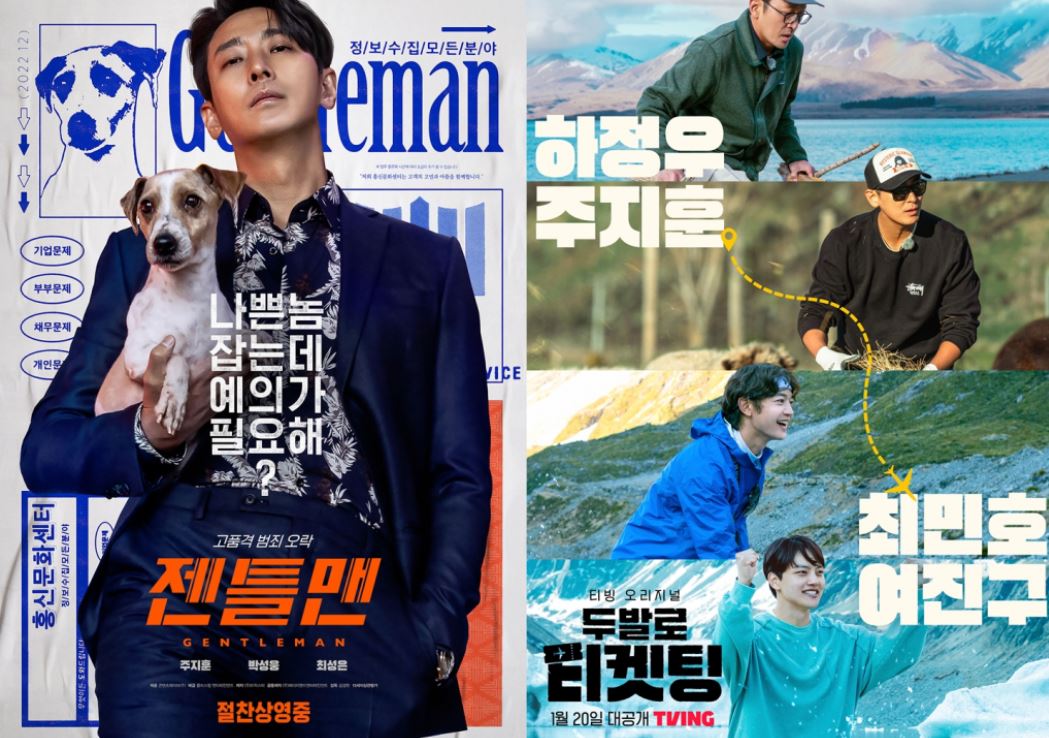 Joo Ji-hoon, the icon of hard work, continues to perform.

Joo Ji-hoon’s wide-ranging move this year raises expectations. Starting with the release of the movie “Gentleman,” the original TVing “Ticketing with Hair” and the drama “The King’s Bell.” He is ready to give off a brilliant presence in many ways.

First of all, “Gentleman,” which is being screened at theaters nationwide, is a criminal entertainment film in which Ji Hyun-soo, president of Heungshinso, poses as a prosecutor to find a missing client and pursues bad guys regardless of illegal or legal.

In the meantime, Joo Ji-hoon has made a deep impression as a ‘genre all-rounder’. The film “Asura,” “Along with the Gods” series, “The Duke,” “Dark Figure of Crime,” Netflix’s “Kingdom” series, and drama “Hyena” have combined various genres across the screen and screen. Joo Ji-hoon’s filmography, which even took on criminal entertainment with this “Gentleman,” has become more colorful, and as a result, it has solidified its position as “Genre King,” which is fun to choose from.

In the play, he transformed himself into Ji Hyun-soo, president of Heungshinso, disguised as a prosecutor, and led the entire movie pleasantly and elegantly, giving off his potential as a “representative actor of Chungmuro.” In particular, Joo Ji-hoon’s acting skills are indispensable as a major factor that made full use of the fun of “Gentleman.”

Joo Ji-hoon, who has started “starting hard work” in earnest, is expected to fill 2023 with his time by continuing his active activities through his next works such as the new drama “The King’s Bell,” the movie “The Pirate” and “Silence.”

In addition, Joo Ji-hoon’s performance continues in OTT. Tving’s original “Ticketing with Hair,” which is set to be released on the 20th, will launch its first fixed entertainment show since its debut. Expectations are growing day by day as Joo Ji-hoon’s unique charm and hidden sense of entertainment can be seen in the previously released preview video.

Joo Ji-hoon is making prolific moves regardless of genres such as entertainment shows and dramas following movies. Attention is drawn to his performance in the Year of the Sea, which will present emotion and fun in his own way.