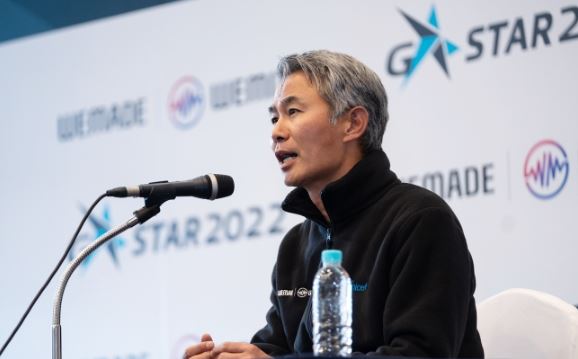 On the 10th, Wemade and DIX decided to explore and cooperate with new markets and business opportunities. WeMade CEO Jang Hyun-guk, who held a press conference at BEXCO in Busan on the 17th, said, “We announced in November that we would attract 21 billion won worth of investment with Microsoft, which was praised as a good thing, but the initial agreement was in May.”

“I knew it was a good team, but I didn’t perform well,” he said. “But I thought growing up together was the basic premise of the partnership, so I thought it would fit well.” “When I announced that I would do it together, I was happy that the team won the LOL World Cup and I felt like I was getting good energy,” he said.

CEO Jang said, “DRX also said that we have a good energy to win with WeMix. “I think it’s a good partner,” he stressed.

Regarding whether he is interested in making NFT (non-alternable token), which is an iron fist professional gamer belonging to DRX, Bae Jae-min and Warcraft 3 Jang Jae-ho, he said, “The intuitive form of NFT is a collector,” adding, “We own a few things in the world, but we are thinking of NFT as a bigger concept.” Beyond that, the player itself should be NFT, he explained.

CEO Jang cited fans of the e-sports game team as an example. He replied, “Since e-sports is a sport, it would be right to create another economy by creating a community token that determines the future of the team I support, not by fans unilaterally cheering and buying.”